How the passion economy is shaping the future of influencer marketing 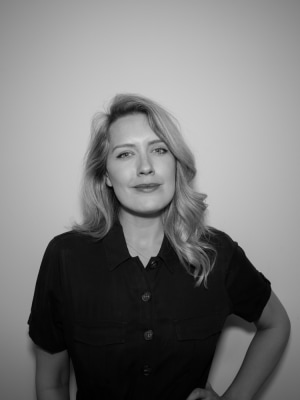 Influencer marketing is at a crossroads. Accelerated by COVID, we are now finding ourselves on an exciting trajectory where the existing models of fandom, creator culture, and influencer monetisation is shifting.

This year we've seen the flattening of the existing influencer hierarchy. Celebrities and influencers have had to reassess their approach to content publishing. Some have become a daily staple in our feeds; others have created whole new content formats or fully reimagined their public persona. Many like Arnold Schwarzenegger and his pet donkeys, or Florence Pugh and her erratic cook-a-longs, have lifted the lid on iso-life and become more human as a result.

Those who failed to adapt and attune to the world in crisis became out of touch windows into the unaffected and overly privileged lives.

How you earn influence is also changing; if Instagram is all about meticulously growing and cultivating a community through beautiful content and curated aesthetics to gain a following, then TikTok is about good vibes, instant gratification, and nonsensical fun. Everyone can now be a creator, from a WA based daughter and dad duo to a hip-hop loving Sydney based granny.

In light of COVID, Black Lives Matter, and the global climate crisis this year, we've seen consumers look for substance over superficial voices. We're starting to expect more transparency and action from the people we follow and the brands that support them.

This flattening of the system has also meant that new and more diverse voices can breakthrough. The breadth and range of influence has shifted. Now it's not just cookie-cutter wallpaper in our feeds; it's niche and emerging groups of individuals that have influence in their own circles. From ASMR to political activists, history enthusiasts and design experts to health and medical professionals – influencers exist in these communities. They are just as powerful at moving the dial and driving action.

Aspirational influencers and celebrities won't fade away overnight or not be in demand. Still, looking forward, that's not where the growth opportunity is for this channel - what consumers want and expect has changed.

What this means for brands moving forward will bring with it a whole host of new challenges.

Until now, brands had been a critical enabler of the influencer industry's growth and commoditisation. Influencers would build a platform and accumulate an audience to enable new streams of monetisation through brand partnerships, affiliate deals, and sponsored content. But for influencers and creators, frustratingly, much of the control would sit with the changing platform algorithms and the reliance of a brand's purse strings.

With the recent surge in new platforms such as OnlyFans, Cameo, and the rapid adoption of e-commerce tools like Shopify, there has been a shift in creators unlocking the value of their own personal brands, and directly engaging with their community. The walls are starting to come up for marketers - influencers are no longer relying on advertising dollars to sustain an income or career.

Known as the 'passion economy' by the marketing leader Li Jin, this term refers to the evolution of the gig economy, where anyone can now build audiences at scale and turn their passions into livelihoods.

It's a model that's well established in the gaming, podcasting, and publishing industry. Patreon has long been a platform for creators and individuals to commercialise their passions for dedicated subscribers, with tiered content models aligned to talent access that's all available at a price.

Twitch creators are also using the power of advocacy to drive subscription opportunities and place an audience closer than they have ever been before. From interactive streaming events to incentivised challenges and one to one fan access – this is a tried and tested approach for early adopters in the gaming creator space.

Within journalism and publishing, we're also seeing writers move from traditional media-owner distribution, to direct subscriber models using platforms such as Medium and Substack newsletters. We've become far more passive in our content consumption by being served clickbait and targeted ads, so the ability to take back our 'media diet' and choose the voices we listen to has resulted in a brand-new advocacy stream for many journalists and creative storytellers that have an established audience of dedicated followers.

For a brand to access audiences and meaningfully infiltrate culture, they need to understand this shift towards ground up influence and leverage the power of cultivating a community from the inside out. To work within this space in the future, they will need to collaborate, co-build, or help facilitate the continuation of more content by funding the passions of those that can influence others.

This change in the value system of influencer marketing means that we should no longer be looking at influencers or creators as a tiered or layered approach based on reach and scale, but on the access they have to their community and the skills or knowledge they have to connect and persuade.

In doing this, influencers will become less of a broadcast amplification tool and more so a dynamic, multi-faceted content partner that not only allows brands to infiltrate a community or niche subculture to drive credibility, but also helps to accelerate a direct connection to the people that matter most – your consumer.