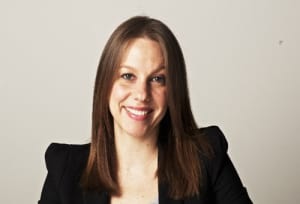 For a long time, many women working in the media industry have believed starting a family would mean the end of our career. Over the years, we’ve come to the conclusion that if we wanted to have a child, we wouldn’t be able to continue in our current roles. We certainly couldn’t go after more senior roles. Instead, as the time approached, we would need to look for a more flexible position, one that would allow us to balance our workload with family. In short, our options were limited.

Right or wrong, we formed this opinion after watching our female colleagues and bosses grapple with this challenge. It’s one women in far too many industries have fallen foul of. According to the Australian Human Rights Commission, 49% of working mothers have reported workplace discrimination while pregnant, on parental leave or when returning to work. Of these women, 32% resigned, found other work or left the workforce altogether. But perhaps most shockingly, one in five reported they were managed out of the business through redundancy, restructuring, being dismissed or not having their contracts renewed during parental leave and their return to work period.

It’s no wonder we think starting a family equates to career suicide because, for many of those that came before us, it did. Well, it’s time to say no more.

Last month, Maxus female leaders from across Asia Pacific gathered for Walk the Talk, an initiative designed to bridge the gender gap. We discussed the state of gender equality in each market and the nuances impacting this. Despite the cultural differences from Maxus Malaysia to Maxus Melbourne, the fact remains that not one of the markets has achieved equality for the sexes. Together with Lindsay Pattison, global CEO of Maxus, we discussed how to shift this paradigm.

As we shared the gender-based struggles stopping us from achieving our career goals, the solution became clear. Our industry needs to empower more female leaders to become role models, who in turn can raise awareness and hold their businesses and colleagues accountable.

With this support, there’s no reason why we shouldn’t be able to find the role we actually want – and have worked our whole careers to accomplish – and make it work. It is possible and there are many examples of women who are already showing us how it is done. Katie Rigg-Smith is a mum and the CEO of Mindshare. Karly Leach will shortly return to Maxus Melbourne after her maternity leave where the managing director’s chair awaits. That’s just two examples from the GroupM family and there are more across the industry.

The benefits of supporting women who want to continue their careers while having children will set our businesses up for years to come. According to a working paper published by the Harvard Business School, daughters of working mothers are more likely to be employed and earn more than the daughters of women who don’t work outside the home.

Right now, many members of the generation coming into our industry does not believe there is a gender gap. In their twenties, the thought of starting a family and wondering if that will disrupt their career couldn’t be further from their minds. We’re close and if we can fully bridge this gap now, there’s no reason why it should be an issue for them and the generations to follow. No dream is too big, no move too bold. No one can tell us we can’t achieve something. We hold this power as women, mums and leaders.

Earlier this year AdNews explored what was holding women back in creative and the gender issue facing the industry. Check out the findings here.