Future proofing following a pandemic: Learnings the NRL and AFL can take from 2020 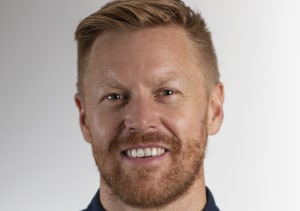 It’s that time of year again, summer sports are drawing to a close, the days are starting to get shorter and the nights a little cooler. The footy season is around the corner and there is excitement in the air around the country for it to kick off.

While AFL and NRL fans are chomping at the bit to get back to watching their teams play live (the Victoria Government recently announced that the MCG and Marvel stadiums would be at 50% for at least round 1 of the AFL, while QLD and NSW will be between 75-100% for the NRL), given the year that was, the administrators, sponsors and broadcasters will be looking to this season with cautious optimism.

The codes, broadcasters and sponsors alike showed an incredible amount of agility to adapt to the ever-changing landscape which was the 2020 season. Working in the sporting industry, there was not a week that went by where we weren’t faced with a change to a schedule, a cancelled race or a delayed match.

All elements of the sporting codes have come under scrutiny. From broadcast and sponsorship agreements, to player contracts, club membership and fan safety. Across the board, sporting administrators, and their legal departments, have had to work nimbly to limit the impacts on their codes.

The legal implications will have a long-lasting effect on these codes and ultimately reshape the sporting landscape for years to come. Whilst the devastating financial effects raised a raft of governance issues that have led to reforms within the leagues to ensure that they are better equipped for their future.

After the early season Covid outbreak and with reduced broadcast and sponsorship revenue, both the AFL and NRL looked to be in a perilous situation. The codes came under serious financial pressure, with some clubs going close to broke. This situation raised serious concerns about the governance of the games and how they had found themselves in that position.

The NRL, in particular, came under criticism from the media, who claimed that the code had been mismanaging their finances for years, ultimately leaving the game unprepared for any emergencies or financial strain.

In a decision that has raised serious questions about the governance of the game, the NRL decided to redistribute $54.6 million that was invested as part of a “sustainability fund” in 2014. The funds were instead used to develop the digital operation within the NRL, taking control of all digital assets from Telstra, expected to cost $20 million per year over five years. Whilst the move could be seen as innovative, given the rise of the digital platform and associated revenue, the use of the “sustainability fund” over the past 12 months could have proved highly beneficial for the code.

No governing body could have foreseen the pandemic and the disastrous effects it has had on the global economy, but considering the circumstances the codes find themselves in, they will need to be better prepared in the future.

Even before Covid-19 hit, there were numerous callouts across the sports industry for a reset of broadcast rights fees across the major Australian sporting codes, with several sources claiming that the current state of funding model across the codes was unsustainable and that the broadcasters have been propping up the sports for too long.

Over the past 18 years, it is estimated that the NRL broadcast rights have grown 9.8% annually and while TV audiences have grown during this period, providing broadcasters with an increased opportunity to monetise the game through advertising, the revenue is not in line with the growing broadcast rights fees. With the increased consumption of sport across digital and streaming platforms, broadcasters are increasingly required to consider the value of a cross platform approach in their partnership deals.

The broadcasters used the Covid-19 shutdown to renegotiate their fees for the 2020 season and lock in deals at reduced rates for the remainder of their deals.

Although a hit to the codes, this substantial committed investment will provide the code and clubs with some financial security and a chance to build a long-term plan to ensure that the leagues in their current format are viable long term.

So, with the season upon us, how can the codes set themselves up for success in 2021?

1. Ability to choose in form teams to broadcast
Some positives can be taken from last season that will help boost the codes for the future. With ongoing uncertainty from week-to-week, the AFL had to adopt a rolling schedule whereby they announced 2-3 weeks of fixtures at a time. As a result, major broadcaster Seven were able to pick the most in form teams in their highest rating matches, resulting in a 4.3% increase in audiences YOY (vs first 18 rounds of 2019).

While the codes were able to get through 2020 with minimal impact to their sponsorship rosters, they had to make multiple concessions to keep sponsors on board throughout the pandemic. With major sponsorship assets such as match day signage, corporate hospitality, ticketing, and player appearances unable to be fulfilled, the ‘makegood’ became the most common term of the season. As such, the codes could be starting the current season on the back foot, having to fulfil value from last season at potential reduced fees.

The pandemic did force the codes to think of new and innovative ways to engage with their fans, with social and digital content booming during lockdown. The AFL also launched their Gamers Network, giving fans a chance to engage with their favourite players via a completely new platform, whilst attracting a new set of fans and additional revenue streams at the same time.

3. Future proofing against future challenges
2021 will be a big season for both codes, they will be hoping for an undisrupted season, with crowds in abundance, in order to deliver for their sponsors and broadcast partners alike. There will be numerous learnings taken from last year, they need to futureproof the game with a long-term vision to ensure they are ready for any future challenges to come.

With the rise of streaming services such as Kayo and Stan, opening up new audiences and additional revenue streams, the codes should be looking forward to this season with renewed optimism.

We are all looking forward to a return to our normal way of life, and there won’t be many more welcoming sights than a sold-out MCG or a packed Leichardt Oval to raise the hopes of the nation.

Nick Hurley is the Senior Sports Partnerships Manager at OMD Create in Sydney, managing sports broadcast agreements across major clients including the Suncorp group. This article is an excerpt of a law essay written as part of the Graduate Diploma in Sports Law.