Finding the similarities between elite sports and business leadership 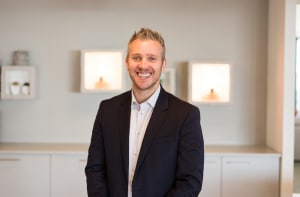 I was nine years old and my beloved football team Manchester United were playing Crystal Palace in the FA Cup Final.

The date was 12th May 1990, Home Alone was smashing the Box Office and Kylie was taking over the world. But only one thing mattered and that was Manchester United winning the Cup Final.

I was peering through the window, so incredibly nervous that I couldn’t even sit inside the house to watch. I needed some distance between myself and the game.

Every shot at goal had me on the floor gasping for breath, my parents thought I’d gone mad.

United went 3-2 down with only seven minutes of extra time left to play, I thought it was all over until Mark Hughes ran onto Danny Wallace’s pass to score the equaliser and send the game to a replay. I could relax, for 4 days at least, until the replay came.

Fortunately, Manchester United won that game 1-0 to lift the cup. I didn’t know it at the time but that result would have an impact on my life.

This was the first trophy of Sir Alex Ferguson’s career at Manchester United and a trophy that kept the greatest football manager of all time in a job. Not only is he tremendously successful in football, he is also one of the greatest leaders that the world has ever seen.

Twenty-eight years later, I know his leadership at United had a major influence on my career and how I see leadership. He’s not the only figure from elite sports that have and there are a lot of similarities between sports and business if you scratch beneath the surface.

At the AdNews Lessons in Leadership conference on October 24th I am going to be sharing with you the lessons I have learned from sportsmen and women during my lifetime. And how these lessons have shaped the leader I am today and aspire to be in the future.

There are many parallels between leadership in sport and business, but the similarities aren’t just about characteristics displayed on the pitch that we can apply to business.

In the case of Sir Alex Ferguson, he built his success by creating solid foundations within the organisation. Building his team not for short term gains but for long term success by investing in his people.

Once that success had been generated he didn’t sit back and admire his work, he rebuilt his teams to develop and become better. He kept the hunger for success and results alive by setting new goals and leading the way. He set high standards and held everyone accountable to them.

You cannot simply apply these elements and be successful, it also requires the ability to lead your people. When we break leadership down to its simplest form it is about influence. And to generate long term sustained success you must be able to positively influence your team.

Take Martina Navratilova, a tennis player who has won more Grand Slam titles than Serena Williams. She displayed incredible leadership skills throughout her career, and continues to work with many charities and organisations today

Before she was 25 Martina defected from her native Czechoslovakia, became the first prominent sports star to openly announce that they were gay and won Wimbledon. A lot to deal with at such a young age, yet Navratilova continued to lead herself and others with her resilience, influence, determination, and winning mentality.

What I didn’t know back when I was nine, was that my personal passions would provide the perfect muse for my professional development. They still do and it’s those stories of tremendous leadership that have influenced my career that I hope to share at the Lessons in Leadership conference.

McCallum is speaking at AdNews Live: Lessons in Leadership which takes place on October 24 at Monkey Baa, Darling Quarter, Sydney. The event is half-day and tickets are priced at $279.00.  Get your tickets here.