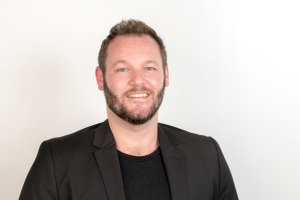 The 1902 French film, ‘A Trip to the Moon’ (Le Voyage dans la Lune), depicts a group of astronomers who embark on an expedition to the moon; their mode of transport for such an adventure is a cannon-propelled capsule. By today's standards, the idea of catapulting yourself into the cosmos using such an antiquated technology seems ridiculous. Yet in the 1900s, way before rocket propulsion had been popularised, it made perfect sense that canon-fire would be the means through which we would explore space. The aspiration of space travel could only be imagined in the context of the technology that was available.

It’s because of this ‘framing’ effect that humanity is terrible at making accurate predictions, especially where technology is concerned. We find it hard to think beyond the context of the time and continue to visualise the future through the lens of the present. Popular culture is filled with examples of this.

The 60s cartoon series, ‘The Jetsons’, depicted a nuclear family living in 2062. With the touch of a few buttons and the use of a punch card (yes, a punch card), Jane Jetson could whip up the family meal in a matter of seconds. Even in ‘Back to The Future 2’, Marty McFly walks around a 2015 Hill Valley town square and encounters a ‘Pac-Fax’ Mailbox. For those unwilling to wait for snail mail, this technology would allow you to send a fax (at the height of the 80s’ technology) instantly.

While both examples have a degree of truth to them - who isn’t amazed by the automated meals created by a thermomixer or plagued by the daily onslaught of instant messages - they solve a human problem through the context of the present in which they were designed. The view from which they were created is limited.

This ‘framing’ effect also prevents us from seeing some of the broader, and often further reaching impacts of technology. Take, for example, the self-driving car. Autonomous vehicles come with a barrage of obvious advantages - fewer accidents, less traffic on the roads, more free time etc. But their invention also presents a few less obvious wider societal effects. If a significant percentage of organ donors arise from traffic accidents, what does that mean for the 1,600 Australians on the organ transplant list? Or what will the emergence of autonomous vehicles mean for population distribution? If autonomous cars become an extension of your office or working space, does this mean the desire to live in proximities to cities will wane? Will Sydney house prices be impacted as people choose to live further out?

As technology continues to evolve at an exponential rate and have a knock-on effect on human behaviour and society, it’s important that marketers and strategists are cognizant of some of these far-reaching implications and see beyond the obvious to build greater connection and meaning. As well as self-driving cars, there are several other emerging technologies that could have some unforeseen cultural effects:

Will virtual personal assistants (VPAs) turn shopping into a form of entertainment?

There has already been much discussion about how VPAs (e.g. Google Home, Alexa, etc.) will significantly disrupt the purchase funnel for many products. As these devices become more pervasive in our homes and we increasingly rely on them to make purchase decisions, our relationship with the products and services we buy will undoubtedly change. Many people will outsource a huge percentage of their purchases to these devices, knowing they will get you the products you like at the right price and delivered at your convenience.

But what about the 60% of Aussies who actually enjoy shopping? Will technology rob them of this simple pleasure? Bricks and mortar shopping will still be around, but it could be radically re-imagined. If you could design a store that didn’t have to drive sales or was built around creating new experiences involving your products and services, it would end up with something much more like a theme park than a supermarket. In the future, shopping could become more about consumer experiences that are specifically designed to create brand preference and favourability (that would subsequently influence your VPA when they are making purchases on your behalf), thereby creating a whole range of new opportunities for brands and branded entertainment.

Will drones make us more communist?

The access economy is predicted to reach USD 335bn by 2025, increasing +200% over ten years. Drones will play a significant role in this growth; they will be able to overcome great distances and provide consumers with products at a moment’s notice. This has the potential to revolutionise the notion of ownership. Think about all the various devices and specialist products you have cluttering up your home. Those wrenches hidden in the back of cupboards or that juicer you got for Christmas sitting neglected in the kitchen drawer. We are reluctant to get rid of these products ‘just in case’ we might need them one day.

With the accessibility and simplicity provided by drones, we will be able to have access to these objects when we actually need them. I might need my electric drill once every 18 months, or about 0.2% of the time I own it. So instead of owning it exclusively, I could share its ownership to maximise its use 100% of time. Drone technology could facilitate this type of shared ownership, simply and effortlessly. Owning less ‘things’ has a subsequent impact on our perceptions of material possessions and changes our value structure. So, while drones might not result in a Marxist revolution anytime soon, they certainly could instil some communist principles into our cultural fabric and behaviour.

Virtual reality represents an extraordinary shift in the way we experience and interact with digital information. VR promises genuinely immersive worlds that deliberately blur the lines between different versions of reality. This blurring of tracks could have far-reaching social implications. If virtual reality does live up to its promise, it will allow us to create life-like versions of ourselves or copy elements of the world around us with impressive accuracy.

But what does this say for the notion of trust? Humanity loves a confirmation bias. If we can find a smidgen of evidence that reaffirms a niggling belief we might hold, we embrace it with open arms. This is one of the reasons why fake news has become such a cultural phenomenon, fuelled by digital echo-chambers; fake news plays into our love for controversy and desire to confirm suspicion. Virtual reality could blur the lines of truth even further. You only have to look at the latest development in CGI to see this in action. Even death doesn’t seem to stop some actors from appearing in popular Hollywood movies (Peter Cushing in Rogue One being a recent example). Could virtual reality be used to create ‘alternative’ truths across popular culture? In this new world, how will we distinguish between different versions of reality? Or perhaps, more worryingly… will it really matter?

This list is by no means limited to these three technologies. There are lots of new, emerging platforms and technologies out there that are all designed to solves a specific human need, but will undoubtedly create a whole raft of unseen societal implications.

This list is by no means limited to these three technologies. There are lots of new, emerging platforms and technologies out there that are all designed to solves a specific human need, but will undoubtedly create a whole raft of unseen societal implications.