Drop the Guilty from the Pleasure: The modern view of TV is pure pleasure 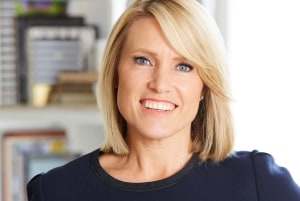 Wendy Moore is GM Lifestyle & Arena with Foxtel
In the crazy, ever-changing world of the past few months, we have seen a renewed appreciation for the role that TV has played for families across Australia. More than ever before, TV has become central to bringing us together – reclaiming its place at the heart of the home and becoming the go-to place for families at the start and end of each day. TV fills our ever-growing need for news, and in the evenings it is becoming the place we gather for our dose of feel-good entertainment.

We’ve all seen the headlines and the viewing figures that paint this picture. But the notable piece missing from the wider conversation is that while TV has definitely reclaimed its place in our life, not every show is benefitting from the increase of hours on the screen. Behind the stats there is a significant evolution in how people are connecting with content. Over the past few months, we’ve seen audiences across the board tune in to the content they love, the familiar territory, the talent they relate to and the optimism they crave – in many ways this crisis has seen audiences separate the wheat from the chaff.

Immediately pre-COVID-19, we undertook one of the largest research projects in recent years into Australian generations. The Great Australian Lifestyle research project uncovered and studied the macro trends present in our lives today, and allowed us to build a really deep understanding of each generation and their behaviours. We looked at how each generation differs in their approach to life, and finely unpicked which differences were due to life-stage, and which were cemented in the influences that were present in the formative years for each generation. This helped uncover their relationship between their lifestyle, their media consumption habits and their hopes and dreams. It’s a fascinating insight – and vast in depth of data. It also has provided a valuable benchmark to measure the effects on our psyche following the current world status.

Every generation is judged harshly by the generation before them. But Millennials – who are stepping into the role as the most culturally and economically powerful generation – have been forced to truly reshape what the Australian dream means. For past generations, it was a suburban house, a picket fence and a debt-free retirement. For millennials, born into a time of unprecedented property booms, the need to shape their vision of success in completely different ways has been forced upon them. The traditional success markers of previous generations are out of their reach. It’s not just about what you can accumulate, it’s about what you can experience, and the value of those experiences is measured in many ways.

The rise and rise of the digital age has robbed us of an easy ability to escape. We are immersed in a 24/7 world and the yearning to disconnect is ever-growing. This, combined with the success of increased public discussion around mental health has seen the emergence of a new economy – the Coping Economy.

The need for self-care is evident, but it is the Millennial generation that is pushing this new marketforward at great speed. As a brand, or a service, you need to understand how you can have a role in this new market, and how best to communicate that role to your audience. For us, TV has gone from being ‘The Drug of a Nation’ for Generation X in years gone by, to being a highly valued collective screen that has the power to bring families together in a single experience, or provide some much-needed down-time escaping from the stress of life. A television doesn’t fall under the umbrella of ‘devices’ in the home, and you’ll never hear a parent telling their kids they’ll get square eyes from watching too TV. For Gen X and above, there’s often  been a guilty association with the thrill of reality TV. From Real Housewives to Judge Judy, an admission of enjoyment is just that: an admission. But Millennials, and their younger counterparts, see things very differently. Self-care is something they take seriously, it’s not a luxury, but a responsibility.

The never-ending news cycle and the constant digital interaction leads to an overwhelming existence. So taking some time to take care of themselves, both physically and mentally, is an absolute priority – and definitely not something they need permission to do. Amongst their go-to self-care kit, TV viewing is often at the top of their list – and any suggestion that this is a luxury they need to earn only shows that you, as a brand, are not on the same page as them – you aren’t their people. Once they’ve decided that, it’s a long road to win them back. When we researched the audience for the relaunch of FOX Arena, the dominating ethos for this generation was ‘unapologetic’. Case in point, the massive social response when we released the cast details for the upcoming season of the Real Housewives of Melbourne.

At times of crises or stress, as we’ve all faced in 2020 – this effect has been hyper- accelerated, and not just for Millennials – across the board Australians have found increased solace in "Pure Pleasure" viewing. Quality lifestyle content has been in high demand. We have seen record-breaking seasons of Selling Houses Australia and Gogglebox over the past few months. These shows, always favourites, have now further cemented an emotional connection with a larger audience – simply by being exactly what they needed when they needed it most.

The evolving status quo means that media providers also need to up the ante. Audiences that know what they love, want to be guaranteed that they'll get the kind of content they want – when they want it. This can’t be hard to locate, or interspersed with other content that doesn't interest them. They want an absolute destination – a hyper-curation of their passions. At Foxtel, we’ve reacted to this by relaunching one of our flagship lifestyle channels, the home of Real Housewives: Arena. Newly launched as Fox Arena, with the audience-fit tag line LIVE OUT LOUD.

We’ve distilled the offering to create the ultimate ‘Pure Pleasure’ viewing, moving some content, such as the soaps, to different channels, amping up our slate with reality shows such as Bridezillas, and the US Bachelor, which launched on July 1 and is already outperforming the timeslot. In the coming months, we’ll add express episodes of Ellen and continue to search for high-performing titles with social currency and a LIVE OUT LOUD attitude to constantly refresh the offering.

Our new mantra? The guilt is gone. Own it.