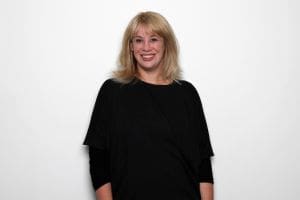 Advertising used to be easy. It used to be about the creation of desire. A tool of the trade. You drove desire, you made people lust for something - whether they needed it or not - and they bought it. It was pure consumer instinct and it fuelled the industry. But that was when one-channel messaging was all that was available. Desire was based on the push communications of brands beginning to be formed in an increasingly capitalist world.

Today desire is not in our control. The rise of social and personal media has made consumption more public than ever before. It has also meant that what fuels the industry now is not the creation of desire but the generation of envy. We are moving out of a desire-based economy and into an envy-based one.

Materialism has maxed out and capitalism has reached saturation. Individual definition through media and through brands is now the game. It is the rule not the exception. And it is more personal, more split and less collective than ever before. People are not lusting after things now they are lusting for them and emotional drives to purchase are becoming fuelled by the negative side of want. We are no longer about the “need” or the superficial “Nice to have” we are about the “Why can’t I have”.

Envy has a different economic paradigm attached. The role of brand as signifier changes with the ability to create envy. As brands become increasingly accessible envy triggers a growing sense of injustice and inequality. A tension point between access and exclusion. Whilst people believe that anything is possible and anything can be obtained, they are also panicked by the idea of missing out, it is why people queue for an Apple release. Not just to be the first but to avoid living in a state of paralyzing envy where they spend their days seeing what their friends have and are doing with it.

Arguably, our economy has always been fuelled by envy and the “keeping up with the Joneses” mechanic has led to economic progress and consumerism on a mass scale. But today when everyone’s everything is being displayed, envy is moving the economy and culture into uncharted waters. How advertising deals with this new world is yet to be seen but it becomes a challenge for agencies and marketers alike when what you need to factor in is the negative emotion, not just the positive or superficial one.

Traditionally desire was personal, it was usually private. It is about you and your desire not about a collective emotion. It is what you want even though you may not need it and it can come with some sense of guilt for the lust that seems so powerful it removes all logic. The trouble is that social media has taken our private desires and made them very public. The public nature of consumerism both of things and of experiences turns desire to envy very quickly. It becomes baffling that everyone can seemingly have everything and you are somehow missing out. Some commentators have defined this as “Lifestyle envy” and it is all encompassing.

The collective force of imagery drives an envy-based purchasing beahviour. Fear of missing out is fed by the ideal lives shown to us daily by the Internet. Shopping sites, recommendations, Instagram, Facebook. They all show you what you don’t have or aren’t doing.

Consumerism became the great equaliser; it became the definer of cultures moving out of everything from poverty and communism into capitalist ways. We live in a time when anything is possible, Fame, fortune and everything in between but within this conformity there is still a strong individualism that wants to run counter to the group and overtly envies those who have already managed it, those who have managed an ideal life, or achieved fame.

Opportunity is equal so why can’t achievement be? That seems to be the creeping sense of injustice behind the envy in our culture and behind our economy. It is putting pressure on industry and brands to step up. To do more than vague good but to become brands of the people in whatever way they demand it. For brands and for advertising it will mean we need to learn to thrive on tension and live in the grey. To embrace the fact that we can’t get away with the shiny or pretty alone anymore. There needs to be more at play and how our brands behave need to reflect this. It is about realizing that negative emotions aren’t always bad and sometime they are more impactful.