Denise Shrivell: I am not Sleeping Giants Oz 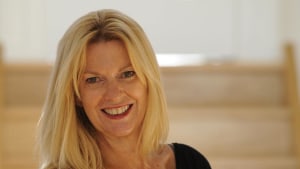 In the last week I’ve joined what I now know is a large club of colleagues who have been targeted by parts of our media for acting against their interests and agenda. I’ve been told to wear this as a ‘badge of honour’. I won’t lie, it’s been a very tough week.

I'm not going to stop speaking about hate speech in our mainstream media because it’s wrong. It hurts people in our community and undermines our industry.

After attracting the ire of The Australian newspaper now in four articles (and a largely misinformed mention in the Senate), this statement clearly outlines and clarifies my role, ongoing actions and message to market. I also want to thank so many of you who have reached out in the last week - it means more than I can say.

First – let’s be clear - I am NOT Sleeping Giants Oz - the Twitter based advertising activist movement which advises brands their ads are aligned to mainstream media hate speech. Nor am I their organiser or volunteer.

I choose to actively speak and raise awareness with colleagues, industry and beyond about the issue of hate speech in mainstream media and the actions of Sleeping Giants Oz. This is a very relevant industry issue after all. I'm in contact with Sleeping Giants Oz as are many through their open DMs on Twitter. They will continue their own actions and grow their community of Giants, whether I speak about them or not.

For sometime my position has been completely open and transparent through the channels available to a 35 year industry veteran and I've actively sought and will continue to communicate with stakeholders in industry to highlight a range of matters including mainstream media hate speech where the actions of Sleeping Giants Oz will be part of those conversations. My consistent message to marketers and agencies is to define the content they do and don’t want to advertise around - and then communicate this with their media vendors. Sadly, hate speech is a category to now be considered. Marketers and their agencies then make their own decisions as to where their advertising appears and the content their revenue supports.

Some industry colleagues do not necessarily agree with the actions of Sleeping Giants Oz - or perhaps my management of this issue. This does not negate the fact hate speech is being published and distributed through parts of our mainstream media presenting a brand safety issue to be considered by marketers and agencies. Claims about Sleeping Giant Oz’ size and numbers also does not negate these facts.

No money is generated for my actions. It is driven by me with zero commercial influence. Can’t say this any more plainly.

My motivations are simple…

Hate speech negatively impacts people in our community, often those who are unable to respond. It also creates public division, tension and inhibits equality. It undermines our industry – one that I’ve been a proud member of my entire adult life – and an industry which is already struggling with a variety of issues including trust. The fact I am completely independent means I can do and say things others can’t and can pursue relevant issues I care deeply about. This is one of those issues.

This is not about inhibiting free speech - there are many important issues which require rational, fact based commentary and debate – this is about hate speech. Hate speech is internationally recognised as speech which attacks a person or group based on attributes such as race, gender, sexual orientation, religion or socio economic situation. It can inflate and incite violence and crime - and negatively impact people or groups often through disproportionate and sensationalised commentary which can be misinformed, stereotyped, one-sided, cherry picked and selectively bias.

There have also been attempts to portray my actions as political – they are not. It’s about hate speech in mainstream media. This is a completely non-partisan issue.

As we all should, I have well informed views and great concerns about a broad range of political issues. The role of media in our democracy is just one of a vast number of views I express openly and regularly through my personal Twitter account (I also host a weekly podcast) where I have a large and very active following. As a private citizen I have given time for causes & people I believe in and protested for issues I care about such as asylum seekers and women's rights. I am not a member of any political party and value empathy, stability and evidence based policy over any party's 'brand'.

There are political elements to some of the relevant issues I choose to speak about in our industry such as the NBN, public interest journalism and our media ownership landscape. My political knowledge adds to the perspectives and understanding I bring to these matters.

Marketers recognise brand safety, ethical behaviour, social responsibility and content alignment as increasingly important issues with real outcomes on sales. Marketers and their agencies make their own decisions where they choose to place their revenue, align their brands and advertising - and are actively doing so.

My message to marketers and agencies stands: Please define the content you do and don’t want to advertise around - and then communicate this with your media vendors. Sadly, hate speech is a category to now be considered.

I am overwhelmed and humbled by your support over the last week and the recognition of the role I play in our industry.