Consumer data and privacy: What every brand needs to prioritise 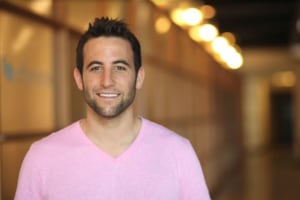 Recently, Facebook announced a major security breach where attackers were able to access and take control of 50 million user accounts, with a further 40 million that were in someway connected to the compromised accounts, considered ‘at-risk.’ In other words, four percent of the company’s user base was affected.

In some ways, we are starting to become immune to Facebook’s controversies, while others are advocating that the tech giant’s scandals over the last twelve months calls for people to delete their accounts altogether. Will this latest scandal actually influence deactivations? Likely not. As much as there are those openly slamming the company, Facebook’s active users have remained steady, and a huge drop off has not eventuated.

This progressive change does not need to result in slowed company growth, but instead, in the modification of Facebook’s and the rest of the world’s tech giants’ behaviour. They have the opportunity to remain the frontrunners they have grown to be, by leading the charge in respecting consumer data and privacy, and setting a trend that will trickle down.

Using Facebook as the catalyst, in reality, these sorts of data breaches will keep coming, and they are not going to be restricted to popular, household names either.

Every company and brand needs to make a significant effort over the next couple of years - yes, it will take this long - to change the way they are approaching marketing and interacting with consumers online.

Not only to ensure consumers’ data and privacy is prioritised first and foremost, but to build a consistently beneficial and respectful relationship with end users so there is never a doubt in their minds that your company or brand has acted in their best interests.

1. Respecting the macro tide change and recognising that gone are the days of companies being able to access data and content without a consumers' explicit consent. The earlier your brand realises this and starts interacting respectfully with consumers, the quicker you will win over the hearts of your potential market and customers.

2. Choosing wisely which companies and platforms your brand partners with, because if they do not keep consumer data private or are not compliant themselves, not only do they subject you to a breach, they also subject your company to potential fines and penalties.

3. Receiving proper cookie consent from visitors to your website, not only for your brand but also on behalf of the technology partners that your brand shares data with, or who has their own technology operating on your website.

4. Asking for the legal permissions to utilise and market with user-generated content (UGC) of all kinds.

5. Waking up to the huge opportunity in front of your brand to be an early mover. For instance, we see leading brands in the U.S., like Target, Citibank and Capital One, and a handful of others, creating networks of ambassadors or inner circle “Betas”- essentially brand loyalists they invite into an invite only app or a group of other similar folks- to express gratitude, appreciation, and the value they see in their consumers.