Confessions of an agency founder: I installed an ad blocker 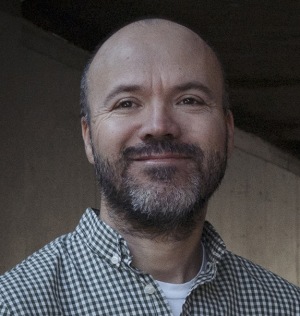 The proliferation of display ads on webpages is like seagulls on a plate of chips.

You can’t scroll down or hover over a webpage without panels sliding out, popping up, popping under, unfolding, overlaying or scrolling across.

More often than not, you have to click all the little Close buttons just to be able to see the content.

Undeterred, some of the more unscrupulous advertisers have even made the Close buttons into links.

All it takes is one unwitting click and you can find yourself in a game of Texas Hold’em Poker. Or worse.

And don’t get me started on auto-play videos that seem to be able to override mute settings and increase the volume by their own volition.

I was once reading a website when two different video ads slithered in from either side of the screen and proceeded to talk over each other.

It became an indecipherable shouting match between someone spruiking a power mop and an evangelist from the Hillsong Church.

And before you remind me that ads are the trade-off I must accept for enjoying free news or entertainment online, two of the worst offenders are Australian news websites that I pay a subscription to each month.

It wouldn’t be so bad if this constant interruption by brands delivered the kind of relevancy that our industry’s digital media gurus promise.

But, when virtually all the ads served to me seem to be for magic diet pills, mineral make-up or telling me that I’ve won a FREE iPad – it’s hard to see the value.

So, after hearing a few people tell me ad blocker plug-ins, I finally added them to my computers and phone.

I was bothered by the obvious double-standard and contradiction of being in the industry that makes this kind of material. In fact, my own agency has created some of the stuff that dutifully follows me around the internet wherever I go.

Thankfully, my conflicted feelings only lasted a few microseconds as I experienced how much faster webpages appear without all the ads. It was like going from dial-up to fibre…

How ironic is it that Google gives better ranking to webpages that load quickly, and then bloats them up with ads that slow them down.
The current balance of advertising to content on so many websites is way out of whack. If not hopelessly out of control.

In a race to create a bunch of whizz-bang new formats to replace the traditional old banners no-one clicks; the digital media world has completely forgotten about the most important thing – user experience.

According to the 2017 Adblock Report by PageFair, 20% of Australian web surfers use an ad blocker.

That’s a higher proportion than in the US and UK. What’s more, ad blocker take-up grew by 30% globally during 2016.

The report also threw up another interesting stat. It said that 77% of American ad blocker users were willing to view some ad formats.

This clearly states that consumers understand and are open to the role that advertisers play in bringing them content, but the proliferation of junk ads has become a total turn off.

So, how can digital media owners tackle this increase in user dissatisfaction? It’s easy to say (but hard to achieve) as the solution demands a switch from quantity to quality.

By having taken the shotgun approach, websites have made their own readers collateral damage in the desperate hope that someone (anyone) clicks on something for the few cents that Google throws their way.

If there were less interruptions and clutter on the page and website owners exercised quality control on relevancy and the creative, the balance could be restored.

And it’s not just online. Free to air TV stations now also constantly interrupt the content every few minutes with ads for miracle juicers, (loud) rug shops and to inform us what’s on next and later. If you use the rapid take-up of Netflix as an indicator, then it seems consumers are flocking to use this alternate kind of ‘ad blocker’ for their TV and movies consumption.

Here’s a whacky thought… How about we strive to produce less material, and prioritise quality single-minded thinking over innumerable messages and adaptions?

Creating advertising ideas that cut-through and engage people - rewarding them rather than badgering and bugging them.

It’s an advertising principle that’s as relevant today as it was back before the internet even existed.

Wherever we sit in the marketing ecosystem it’s important to remember there’s an unwritten contract between advertising and consumers.

And from the consumer perspective it’s fair and uncomplicated - ‘Don’t pester the hell out of me with crappy and irrelevant ads and I’ll happily consider your brand’.