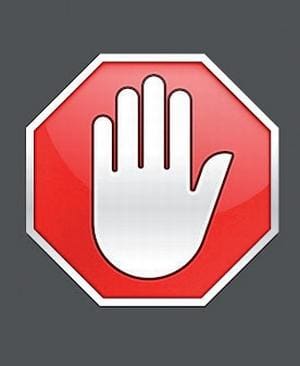 Despite the growing popularity of online ad blocking technologies to combat ‘annoying’ ads, the local industry has downplayed their overall impact.

The most popular extensions for the Google Chrome and Mozilla Firefox web browsers are AdBlock and AdBlock Plus. Globally, AdBlock Plus for Firefox claims 30 million active users, while AdBlock for Chrome boasts nearly seven million. In contrast, the next most popular add-on, Google Mail Checker, has less than three million.

Chrome and Firefox are the second and third most popular browsers after Microsoft’s Internet Explorer, according to StatCounter.

Till Faida, co-founder of Eyeo GmbH, which develops AdBlock Plus, told AdNews the software’s popularity had grown significantly over the last two years. “On Firefox we now have about 100,000 downloads per day. Our Chrome version, which was launched in December 2010, has between 10,000 to 25,000 downloads every day,” he said.

Faida said while most people they surveyed weren’t opposed to internet ads in principle, the majority felt advertisers went “too far”. “Only 21% of people say they will always block ads,” he said. “Almost 80% just want advertisements to be better than they currently are.”

Yahoo!7 trade marketing manager Amanda Millar told AdNews: “It’s good for people to have a choice, but in our experience few people are taking up [ad blockers].”

Carolyn Bollaci, country manager of ad network MediaMind, which specialises in rich-media ad units, said ad blocking technologies were not “on the radar” for the company.

Amnesia Razorfish founder Iain McDonald argued consumers were accepting of the fact that free content is subsidised by advertising. “It’s a challenge but I do believe most consumers are okay with advertising,” he said. “They know someone has to pay for something along the way.”

According to Lifehacker editor Angus Kidman, there is a big gap between an internet user finding ads annoying and making the leap to install ad blocking technology.

“Most people don’t even know how to change their homepage. I think there’s a small core of people who will always use [ad blockers], but I do tend to think it’s a minority. These are people who are always going to be opposed to ads anyway, and go out of their way to install these add-ons – people who are very conscious of what they do online and understand that ability is there,” he said.

But Kidman agreed many users have been trained to simply ignore ads altogether, and that publishers were beginning to move towards methods such as editorial integration to combat this. “There’s definitely a challenge with banner blindness,” he said. “This is particularly obvious with the lowest-level generic advertising you see on all sites, stuff that you think, ‘I’d never click on that in a million years’.”

Consensus in the industry is that targeted and relevant advertising is key to sustaining the digital advertising landscape, and will combat apathy. But it’s also the same banner blindness that has led the industry to innovate and introduce increasingly active units which some users view as ‘intrusive’.

According to Faida, advertisers were missing out on “true innovation”. “For many years now, new technologies have just been used to make ads more attention-grabbing instead of creating a better user experience,” he said.

Conscious of the effect of ad blockers on smaller sites particularly reliant on advertising revenue, AdBlock Plus launched the ‘Acceptable Ads’ initiative, which ‘whitelists’ by default ads deemed unobtrusive.

“The purpose of the initiative is to help make ads better by creating an incentive to think about sustainability instead of short-term click numbers,” Faida said.

However, McDonald stated while there’s no evidence of an ad blocking “epidemic”, advertisers had to be conscious of the user experience.

Foundation head of digital Ashley Wong said his agency won’t book online ads that autoplay or have non user-initiated sound. “Consumers find it annoying and there’s no prerogative to annoy users,” he said.

This article first appeared in the 29 June 2012 edition of AdNews. Click here to subscribe for more news, features and opinion.