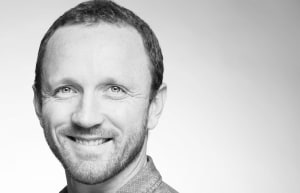 Unless you’ve been hiding under a rock, you would have by now come across the Burger King campaign featuring a mouldy Whopper, and the countless opinions on it from marketing experts across the globe.

It’s been quite the polarising campaign, but most marketing industry commentary has been negative, ranging from “It won’t work” to “It’s bad for the brand”.

Mark Ritson, someone whose opinion I respect, went as far as to say on a LinkedIn post that it’s a “bad idea”, too focused on salience, and just another in a long list of mere stunts from Burger King. He rounded his comment out with the biggest boot of all, claiming it was “flashy, ineffective fare”.

Mark has never been afraid to tell us what he really thinks, but even by his standards, that’s quite the grilling of the burger campaign. Pun intended.

I normally refrain from having a strong public opinion on campaigns I didn’t work on, as I find it a little problematic to fiercely comment on other people’s ideas, without knowing the actual objectives, target audience, mandatories, budget, timings, etc. Y’know . . . the brief.

However, I’m willing to make an exception this time, because it’s pretty obvious the brief was essentially “Get as many people as possible to know Burger King now have preservative-free Whoppers”. I don’t believe the desired consumer take-out is any more complicated than that.

And if it was, guess what? Job done - and done well. Literally millions of people around the globe now know that Burger King have made the decision to move to preservative-free Whoppers. There’s therefore no way you can possibly argue it’s a bad idea.

Bad business strategy? Well, that’s a different conversation altogether. Will marketing preservative-free burgers actually be effective from a sales perspective? I’m not sure. I don’t know if consumers are not buying Whoppers because they had preservatives in them, but I sincerely hope Burger King do have the data or research that tells them that.

In any case, we should probably wait for some results before announcing the campaign an outright dud. If it eventually cleans up at the Effies, there’s going to be a lot of marketers eating humble pie. And maybe preservative-free Whoppers too.

When I first encountered the campaign, my initial reaction was to cringe. With a number of years of experience in the Quick Service Restaurant category under my belt, the mantra “Don’t negatively impact appetite appeal” was at the forefront of my mind, and my concern was that Burger King had certainly broken that rule.

The question that naturally popped into my head was “Would I have signed off on this ad?”, and I undoubtedly would have had reservations, based on the belief you should always present your food in the best possible light. Literally.

However, after sitting with it for a little while, I realised that the breaking of convention may actually serve the brand well in this particular scenario.

If this was the only - or first - campaign Burger King did, you could argue it may affect consumer crave for their products. Yet the reality is the brand have done, and will continue to do, tonnes of other work that accomplish the desired appetite appeal for their menu items. This isolated campaign will hardly undo any of that work, and therefore shouldn’t be a reason not to run it.

Another criticism of the campaign is that it’s ‘an ad for ad people’, merely an example of how myopic we can be, and wouldn’t gain traction outside of the industry.

The fact the campaign included a 45-second TV execution that is running in the US and Europe should have immediately killed that narrative; it’s quite clearly not just a “stunt”. Yet that line of thinking has now been completely neutered by the amount of global mainstream media coverage the campaign has earned.

The intent of this campaign was to raise awareness for what is essentially a new product, and it will certainly achieve that. That makes it good advertising. Whether it ends up being good marketing remains to be seen.

And yes, the two are separate. As William Bernbach famously put it: “A great ad campaign will make a bad product fail faster”.

The billion-dollar question isn’t about the ad campaign, it’s whether consumers actually care if the Whopper is preservative-free when it comes down to the crucial moment of choosing which burger to eat.