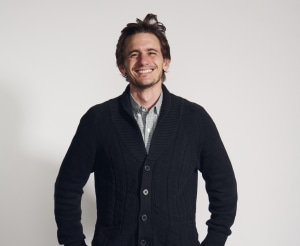 We used to say social media made us more socially isolated, now we can be assured COVID-19 institutionalized it. Rather than a choice, social isolation - in its many degrees - is a global norm that now challenges even globalisation itself. The private was never so public, the public was never so private. In this atomisation of social life, the need to connect has not diminished, it just became more intimate. It is a new paradigm that has puzzled several marketers on how to communicate with their audiences. This same paradigm may also have puzzled several families, flatmates, couples, and the many other variations of people socially isolating, together. This forced proximity that rewarded parents for being able to spend more time with their children and punished them for the same reason, a new level of self-awareness is being forced upon one another. And it was on one of those Vin-o'clock kitchen chats, that my wife told me about The Five Love Languages...

The Five Love Languages: How to Express Heartfelt Commitment to Your Mate is a 1992 book by Gary Chapman, outlining five “love languages” to express and experience. My wife, a sudden polyglot, went on to enlighten with me a series of examples beyond romantic relationships, where those languages were spoken as well as to instruct me that giving and receiving love can also take form in different ways. That was a light-bulb moment. Not only because I suddenly figured out the reason-why behind a few of our home dynamics but it also provided a practical framework to connecting brands with audiences in a delightful way.

According to Chapman, the five "love languages" are words of affirmation, quality time, receiving gifts, acts of service, and physical touch. What is interesting is that some of the most notable, recent campaigns "spoke" to their audiences in one of those languages.

Just joining the choir of the already tired “We're in it together", does not validate any intention. On the contrary, it raises questions about brands’ ulterior motives. But the heartfelt letter (and supporting actions) from  Airbnb's CEO, Brian Chesky, was a masterclass in terms of employee experience in times of crisis.

Artists around the world have been live streaming their performances from their living rooms, giving people a better time while locked down in their homes. This was a great initiative but did not solve our newfound living room aversion. On the other hand, a restaurant in Amsterdam called Mediamatic has found an innovative and adorable solution that ensures social distancing rules are applied while allowing people to eat out and not on their couches. ‘in restaurants and bars, a separate room is traditionally named in french: Chambre séparée,’ comments the post on Mediamatic’s web page. ‘it suggests a sexy kind of intimacy: here things can happen that should remain hidden from plain sight and not be heard by all. we’ve decided to name our greenhouses in french too. although what happens inside will be much more public…’

Thai Airways has released an app that converts hours stayed at home into air miles during the Covid-19 pandemic. The Stay Home Miles Exchange is available to any Thai citizen or resident, who is also a member of Thai Airways’ Royal Orchid Plus frequent flyer program. Once the user downloads the smartphone app and marks their home, the app uses geolocation to award them one frequent flyer mile for every four hours they stay home. If the user goes beyond a 100m radius of their home, they receive an alert from the app and it pauses collecting miles. For an airline, such as Thai Airways, advertising destinations at this moment is tone-deaf. Instead, striking a balance between reminding people that they exist while rewarding them to stay home, is a perfect execution of the gift-giving/receiving language.

Another brilliant execution came from Ikea that turned its instruction manuals into guides to building forts with their products as part of a campaign to encourage people to remain in their homes during lockdown.

When it comes to 'acts of service', this could be divided into two levels. There are first those really big acts of the many companies retooling themselves to serve the needs of their respective nations for face masks, ventilators, and hospital gowns like what was done by Zara, Dyson, and Burberry's respectively. On the everyday plain of more mundane errands, brands improving their e-commerce and delivery services will certainly be more fondly remembered than those who didn't. And, as the saying goes 'a principle is only a principle when it costs you money', brands providing any types of financial relief will most likely develop a more salient love from its customers. To reassure its existing loan customers, Ford provisionally pulled all its ads promoting its vehicles and replaced them with a coronavirus response campaign. The new TVCs focused on granting Ford Credit customers relief on their car payments during the pandemic. ‘It’s important to be reassuring right now and not trying to say to people “Rush into your car dealership for a sales event,”' Ford’s director of US marketing Matt VanDyke told AdAge.

It'd probably be as cliche as risque to say that companies now manufacturing hand sanitisers may be giving the gift of physical touch. In fact, this is a rather tricky language for the moment. Tricky but not impossible. For a few years now, in China, ultrasound rooms have generally been off-limits to would-be fathers, making the pregnancy journey for women lonelier than it already is. To overcome the barrier, prenatal multivitamin brand Elevit created a silicone device able to record a baby's heartbeat during the examination, allowing dads-to-be to share that special moment and even enhance it. Despite preceding the current pandemic in four years, The First Hello campaign addresses the inability to see and hear a moment with the ability to feel it later. And as far as the neuroscience of our senses goes, touch is the first sensory system to develop and the last to leave us after taste and smell, sight, and hearing have failed.

Shielded connections don't need to happen only behind a screen. Despite its clear dominance, in terms of media consumption, screens are just one of the many channels our media diets still require to accompanying our socially isolated journeys. For brands and their audiences, the opportunity to innovate means evolving from watered-down mass connections with richer, more memorable, and intimate loving experiences; with five languages at your disposal.

Sérgio Brodsky is an international brand, media and innovation strategist. He is also a lecturer, speaker and writer.