Boom: Australia’s premium publishers are set for a comeback 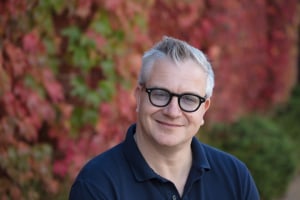 Before programmatic sunk its teeth into the advertising industry, with its false promises of ROI and cheap audiences, premium publishers were the go-to for any self-respecting brand in the digital space.

And it’s easy to see why. Brands knew who they were dealing with, they understood exactly the audiences they were buying, and they could generate ROI for a price that genuinely represented the value of what they were buying.

Well, programmatic may have stormed onto the scene like a rabid dog and infected every corner of the digital ecosystem, but in the wake of regulatory upheaval and increased backlash from consumers and brands alike, the days of programmatic in its current form are numbered. And, thankfully, with the ACCC looking to clamp down on local malfeasance, Australia’s premium publishers are set for a comeback. Power to the premium publisher, I say, and good riddance to the days of the digital Wild West.

How did we get here?

Premium publishers may have ruled the roost until about a decade ago, but with the introduction of programmatic advertising, this was turned abruptly on its head.

Over the years, AdTech vendors have stitched together an ecosystem of billions of non-premium sites and convinced brands that they didn’t need to use premium publishers. These vendors could find audiences much more cheaply across sites no one knew existed (and funnily enough half probably didn’t). This was predominately achieved through the use of third-party cookies. The type of cookies you don’t eat. The type of cookies that consumers weren’t even aware of until recently.

RTB, and its reliance on cookies, is simply the type of programmatic which is getting the headlines, and for all the wrong reasons. Third-party cookies are what the current generation of programmatic platforms use to identify user profiles across these billions of sites and target them with relevant advertising. Until recently, cookies were aggregated by AdTech vendors without the consumer’s knowledge or consent.

With all these dodgy sites and questionable antics to aggregate data, the AdTech world was due for a shake-up. In recent years, as consumers became fed up with repeated invasions of privacy and as brands revolted against the opaque practices of the AdTech vendors, jurisdiction after jurisdiction has introduced regulatory change. Europe introduced the General Data Protection Regulation (GDPR); California has this year followed suit with the California Consumer Privacy Act (CCPA); and now Australia, through the ACCC, is planning a series of regulations to protect individual privacy and to crack down on AdTech vendors.

Are Australia’s premium publishers back from the dead?

Premium publishers have struggled over the last decade against the likes of Google and Facebook. They have lost so much money to these platforms that, in order to ward off oblivion, they have started selling Google and Facebook advertising solutions as a way to claw back any ad dollars they can. This is ridiculous – it’s like Mercedes Benz starting to sell Hyundai models just to get revenue.

Programmatic RTB has reduced yields so badly across the media landscape that only big publishers with warehouses of spare inventory can stay afloat. For smaller premium publishers with engaged audiences, this is not an option. AdTech vendors are only there to clip the ticket, and that means quantity over quality.

However, with the introduction of new privacy regulations and the blocking of third-party cookies across Safari browser, Firefox browser and (soon) Chrome browser, premium publishers might just start fighting back. With third-party cookies on the chopping block, targeting will come down to first-party data and context.

Why premium publishers are simply better

First-party data and context are the bread and butter of premium publishers. They have regular visitors to their sites who engage and consume their content, they have been building their first-party data offering from inception, and they provide advertisers and brands with safe, contextually relevant environments.

Premium digital operators can now trade media through non-RTB programmatic channels which are transparent and cost effective. This gives control back to the publishers and allows them to develop their own commercial offering, as opposed to being forced into an ecosystem that benefits no one except the blood suckers.

As the next generation of programmatic platforms evolve, premium media will become accessible through self-serve platforms, the same way Facebook and Google can be bought today, making premium media more accessible. It’s a win-win-win – publisher regain control, advertisers know exactly what they are paying for and consumers are only served content they want to consume. Plus, with the ACCC taking on new powers, it is likely the tech titans Google and Facebook will also have to pay premium publishers to use their content in the near future.

After 10 years of turmoil, it looks like the established, trusted and high-value publishers we have all grown up with, might enter this new decade with a genuine chance of taking on the Yanks and winning! It’s time for homegrown high-quality players to start re-building the local media industry and injecting the Australian economy with some much-needed vitality. Boom!