Blockchain: The good, the bad and the ugly 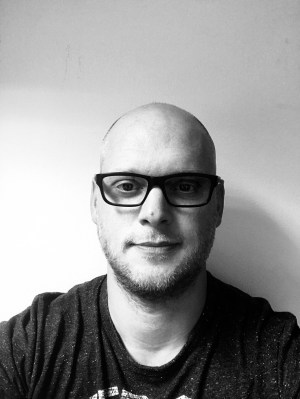 As a technology, blockchain is undoubtedly ground breaking and is set to change how we do business in the future. However, blockchain is not the solution for everything. The very idiosyncrasies that make it such a brilliant solution for some applications, make it a terrible one for others.

Blockchain as a platform has four distinct positive characteristics:

In areas, such as voting, medical records management and legal transactions, to name but a few, these factors will provide ground breaking solutions.

But there’s a ‘but’. These examples have two key characteristics. Firstly, they have a low transaction rate. Most people, don’t go to hospital that often, voting doesn’t happen every year and you don’t buy a house or get divorced every month. Secondly, they’re all in areas that already have a lot of money spent in/on them.

The ‘mining’ required to validate the authenticity of a transaction on a public blockchain network can take up to 20 minutes. Imagine if something like Spotify was built on Blockchain. Every time a song is played, the artist gets a tiny commission. Billions of records a week. You’d need more people mining the data than you have listening to the music.

Blockchain, for any application that has a high frequency of transactions, simply isn’t viable yet (but the technology is always getting better). This includes currency, which is ironic given it started out life as the machine behind Bitcoin. As a high value tradeable commodity (like gold), Bitcoin works. Try to buy five cups of coffee a day with it, and it doesn’t. This also rules out social media platforms, media streaming, inventory management for fast moving consumer goods, phone records and so on.

On the second point, blockchain makes certain transactions cheaper and quicker. Buying a house can take six weeks of legal wrangling quite easily, but using blockchain means it could be completed all in a day. You could be looking at $100 instead of $10,000 in legal fees and that makes total sense. To build a smart contract system on blockchain would most likely cost more than $1million and for an industry that generates billions of dollars, that’s a good investment.

It ceases to become quite so appealing to businesses or industries that have lower turnovers though. There are over 750,000 small businesses trading in Australia who employ between one and 19 employees. That accounts for over 95% of the entire workforce. It’s hard to imagine a high percentage of those businesses would want, or need, to spend a million bucks on a website with a blockchain back end.

Did you know there are now two versions of Bitcoin and two versions of Ether? The two biggest cryptocurrencies in the world have become four. Why? Because the network argued. All of the miners who manage the records for both, at some point, ceased to agree. Half thought one decision was the way to go, half thought another. The result was a fork in technology. Bitcoin Cash emerged from Bitcoin and Ethereum Classic from Ethereum.

Enough developers agreed to change the code, and that was that. There is no way to stop this happening on a public network. The network decides the fate. It’s a family, and no family always get on. The bigger the network, the more chance for discord.

While blockchain is the most secure (in theory) technology in existence, it isn’t the only secure platform. And some of the downsides outlined make it less than appealing for certain applications.

For our part, we’re believers in the blockchain, so much so that we are investing and building in it, developing projects where there is a clear use of the technology combined with a valid benefit that will deliver for clients. Its upsides mean that we can build systems, services and technologies that have never been built before and have the ability to disrupt long established monopolies which have had their own way for far too long.