Banks ride out the Hayne wave of scrutiny 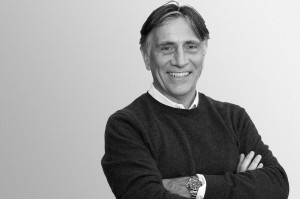 A few months ago, just as the Hayne Royal Commission brought down its findings, I hypothesised that it would prove a watershed moment in how banks marketed their services. I surmised that the days of lofty emotive promises would be gone, and, in their place, a new age of pragmatism would be signalled in; an age in which banks would make good on their declarations of remorse and seek to provide evidence of how they had changed.

I even dared to think the culture of greed described by Hayne and the primacy of shareholder interest would be replaced by a renewed and genuine commitment to the customer.

Well, it appears I was wrong, at least in part.

In the five months since Hayne brought down his damning findings and evidence of widespread malpractice, the big four banks have quietly gone about their business with only minor evidence that anything has actually changed in the world of their advertising.

The bank most ravaged by the commission, the NAB, have ploughed on with the thought they are about “More than money”. This is in the face of the fact they recorded the lowest levels of trust of the big four, with Roy Morgan recording in January that 36.9% of people mistrusted them, a new low for Australian banks. I note NAB have increased publicity of their various charitable activities but I sense people may interpret this as patently selfserving?

Westpac has persisted with its “Help, when it matters” positioning, making commercials about how they can help you through the financial challenges of divorce and most recently a story of helping an immigrant succeed in business. They’re beautifully made commercials but I do wonder how a cynical audience responds to such life transforming stories. Is this what their customers really want to hear?

So, have the Banks just buried their heads in the sand or are they a lot smarter than we give them credit for? After all I’m sure some very smart people have spent a great deal of time thinking about how best they re-engage with the community.

I think the banks have very shrewdly figured out the best course of action is to broadly, in an advertising sense, to carry on with the mantra “business as usual” without giving too much air time to the issues raised by the Royal Commission. In this sense the continuation of their existing campaigns underscores the appearance of normality and a lack of public contrition that doesn’t put their sins out there for a public airing.

In the cases of CBA and Westpac perhaps the obliqueness of their campaign promises allows them to credibly continue with them. And they’ve both taken steps to profile specific service utilities that offer practical benefit to customers. And so too with ANZ who through their “Get on top of your money” campaign have a strong platform to offer down to earth solutions to home valuation and saving strategies.

Some things in the CBA marketing mix have changed. Matt Comyn, CEO of the CBA, did write to every CBA customer talking about the banks’ new commitment. He received 15,000 responses. The bank is also running a campaign with the promise “Simpler and better”, where they talk of a new focus, of becoming a better bank by making changes to the way they do business. They specifically reference proof points of how they’re changing, such as the world’s first bond executed on blockchain and innovative payment systems for participants and providers on the National Disability Insurance scheme.

It may take some time for banks to rebuild their pre-Hayne trust levels but slowly they will get there. Their strategy seems to be to use a combination of tried and trusted purpose led advertising supplemented with a level of activity, as in the CBA’s and ANZ’s case, that talks to practical utility.

Overall the big banks understand that while they may not be loved or trusted they are too hard to live without so will be afforded the time to change the way they operate and reengage with their customers.

Perhaps it’s only NAB of the big four that really needs to re-calibrate and demonstrate greater evidence of a new customer centric approach. I wonder for how much longer they can continue to lead with their chin.