Award Season, the best of times or the worst of times? 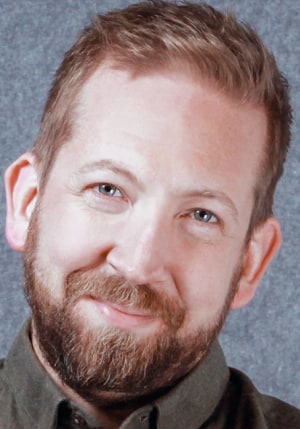 Award shows should be an opportunity to take a step back and celebrate work that’s original, progressive, and well-crafted. To recognise the exceptional few, not the good many. Have we reached peak award? Almost certainly

Award season seems less like a season these days and more like a yearlong quest. Every year festivals around the globe give out literally thousands of shiny trinkets. But beyond the to-be-expected feelings of professional pride and joy that goes with winning, you’ll also find all manner of contrasting thoughts and emotions, from consternation to schadenfreude to narcissism and more. So, regardless of whether you live to enter award shows, or you feel a twinge of inadequacy when you see another ‘humbled to win’ LinkedIn post, one thing’s for sure, you cannot work in the media, marketing and creative industry and not be impacted by award shows.

With more shows (900 at last count) and more categories popping up each year, the award show ‘industry’ has gotten very good at providing agencies and networks with myriad opportunities to chance their arm. Every year D&AD attracts around 8,500 entries, One Show close to 15,000 and Cannes Lions has a whopping 30,000. What were festivals of creativity have become festivals of entry-fees (according to Statista, Cannes generated $112 million in 2019 alone). Roll-up, roll-up! Everyone’s a winner!

Award shows strive to sell the idea that their awards are prestigious and beneficial for business, but the proliferation of awards dilute that sales pitch. In 2018 Cannes stated that only 4.39% of that year’s entries won a Lion. But with 32,372 entries that equates to a total of 1,421 Lions (that’s not including the thousands of shortlists that are also classed by agency networks as an award). By way of comparison, the Oscars give out around 28-30 awards each year. Did I mention 1,421 Lions?

Award shows are demonstrably imbalanced too, where one piece of work can land a disproportionate amount of metal. The excellent 'Meet Graham’ for TAC Victoria by Clemenger BBDO, Melbourne has won 29 Cannes Lions, 8 D&AD Pencils, 5 New York Festivals Awards, 3 One Show Pencils, 15 Spikes Asia Awards, 17 London International Awards and 16 gongs at AWARD Awards. Over 100 awards in total. Ok, Meet Graham is an exceptional piece of creative, but something is off when one piece of work can win so much. Is it really 10, 20 or 50 times better than any other piece of work? 10 times better than The Swedish Tourist Association’s, ‘Swedish Number’ or Channel 4’s, ‘We're The Superhumans’?.

The other curious truth about award shows is that while they create winners, they also create unintended losers; collateral damage who never entered an award show in the first place. These are the creatives, strategists, account directors, project managers et al, who picked up the slack as their agency pursued its awards target. If the winners are ‘the best’, ‘the rest’ are the ones toiling away on challenging briefs for demanding clients – with less scope to push the creative envelope. It can often be hard to feel magnanimous to award winners when both parties have worked hard for their agency, but only one receives the accolades.

For the record I am not anti-awards, but I am an advocate of doing good work that’s award worthy rather than doing work to try and win awards. After 20 years in the industry, I question how much time, money and energy is expended trying to win; it feels imbalanced and disproportionate. I’m also patently aware of the downward pressure to win, the expectation to have awards on your resume, and the perceived judgement if you haven’t won. The whole kit-and-caboodle can weigh heavy on many, which given the above average rates of depression and anxiety carried by people within the media, marketing, and creative industries, is something that we don’t really talk about. And maybe we should.

Whatever side of the award fence you stand, you can’t deny their ever-increasing influence. I know it’s unlikely that we’ll ever rein in the size and scale of award shows because they’ve become such Big Business. I know it’s unlikely agencies will ever seriously question the energy and investment they expend (and the imposition placed on their staff) because awards have become so engrained into industry culture. And I know that the opportunity to win less (but more meaningful) awards versus more awards won’t sit well with a lot of people. But I can’t help thinking that things would be less stressful and more rewarding if we did..