Authenticity, woke-washing and a tricky deal 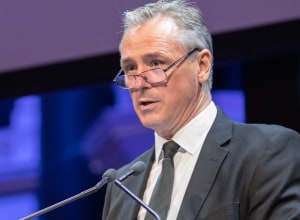 Brand activism rules. Or it does when it’s done with authenticity and style.

There is opportunity as well as danger.

A slip-up can be credibility crushing. A well-conceived and executed campaign will pay off in reach and stickiness.

Brands are recognising the power of putting marketing budget into good causes, according to world-first research by Amanda Spry, a Lecturer in Marketing at RMIT University, and a group of New Zealand academics.

The key point to this is that a business is now increasingly judged by what it stands for, or against, as well as what it sells.

Spry argues that historically brands have not engaged in social and political conversations for fear of potentially alienating customers.

But that is changing.

A word of warning: A brand must practise what it preaches or rather take action to match its message.

The trend of corporates taking a stand on social justice issues was demonstrated in Australia during the same-sex marriage debate. The equality campaign was backed by more than 800 companies including Qantas, Westpac and the Commonwealth Bank.

Many businesses find themselves operating in an environment of eroded trust and increased polarisation, says Sally Braidwood, the Head of Corporate Reputation at Ipsos.

“Coupled with this is a heightened expectation among consumers for businesses to behave more responsibly and transparently,” says Spry at RMIT.

“As the internet has democratised whose opinion can be heard, consumers now demand to know more about the companies behind the products.

“We want to buy from brands that reflect our personal values, we believe the most successful companies in the future will be those that make positive contributions to society,” she says.

The key pitfall is what’s been termed woke-washing where a brand might promise to help make the world a better place but don’t really do much at all.

At the Cannes Lions this year, Unilever warned that woke-washing is undermining the advertising industry’s credibility and trust. “Purpose is one of the most exciting opportunities I’ve seen for this industry in my 35 years of marketing,” said CEO Alan Jope.

“Done properly, done responsibly, it will help us restore trust in our industry, unlock greater creativity in our work, and grow the brands we love.

“However, purposeful marketing is at an important crossroads. Woke-washing is beginning to infect our industry. It’s polluting purpose. It’s putting in peril the very thing which offers us the opportunity to help tackle many of the world’s issues. What’s more, it threatens to further destroy trust in our industry, when it’s already in short supply.”

He urged advertisers and their agencies to hold each other to account, for agencies to reject campaign briefs from brands that don’t “walk the talk” on purpose.

This first appeared as The Editor's Letter in the AdNews August 20019 magazine. Support AdNews by subscribing here.