Audiences are moving, but no one is talking about it 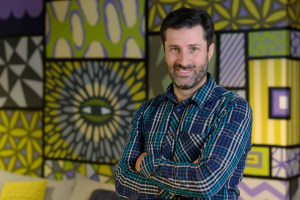 The latest Deloitte Media Consumer Survey showed 43% of respondents had a video streaming subscription like Netflix, up from 9% in 2014.

This alarming shift to non-advertiser funded platforms has not been a major topic of industry chat. It should be. It’s a threat to the entire advertising industry - where will we be able to connect with these audiences in the future?

We certainly hear a lot about connected TV. But real numbers, splitting out time spent by platform, are hard to come by.
There are a lot of factors behind this rapid shift in technology - improvements in platform stability and bigger data allowances allow more people to consume video on their devices, on the go, and form new content habits.

It’s not just the streaming giants like Netflix, Stan and Amazon (which already have more than 10 million Australian users), but a myriad other platforms like IGTV, YouTube, Facebook Watch and Twitch grabbing attention now.

I’m still passionate about TV, the industry I spent 16 years in, but the facts speak for themselves in terms of audience trends. While the TV industry has worked hard to point out that people still prefer to watch video on their big loungeroom teles, that’s not telling the full story about what they are consuming.

According to the latest Australian Video Viewing Report by OzTam, the body run by the TV networks to measure their ratings: “Australians now spend nearly one third of their time with their TV sets on activities other than watching television. Changing use of the TV set is among the factors behind the progressive, gradual decline in the amount of time people spend viewing live and time-shifted TV channels”.

That ‘other screen use’ was up 4 hours per month in a year, a more than 10% jump across all people. People 18-49 are watching half the amount of TV those over 50 are, and people aged 18-24 now watch more video on connected devices than they do broadcast TV live, or on catch-up.

While broadcasters are now working hard to try and catch up with these trends, ThinkTV’s recent ‘Fact Sheet’ including details around Broadcast Video On Demand (BVOD) services like Seven Plus, Nine Now, Ten Play and the ad-free ABC iView (which you can’t advertise on), show that these numbers are still a drop in the ocean.

On average “554 million minutes” of content is being consumed on BVOD platforms each week, with 12 million unique devices connecting each month. That is just 2% of the overall number of TV minutes consumed - hardly a game saving number for TV networks.

It’s indisputable key audiences are changing their habits, fast. Even if they are watching broadcast TV, a recent Deloitte Consumer Report shows more than 91% do so with a mobile device in hand - splitting their attention. That spikes during ad breaks.

Think about it - almost everyone has a high definition content device, and checkout in their hands at every stage of the customer journey. But how much of your advertising spend is going towards capitalising on that?

This isn’t new news - Advertising Research Foundation data from 2016 shows a 60% lift in ROI when TV is supplemented with digital.

Clearly there is room for broadcast channels – appointment-to-view TV like sports still perform well. But if you want to make your ads work effectively you need to have a complementary mobile strategy in play to drive the message home.

I’m not surprised the industry has struggled to keep up in the last two years. But whatever happens, things aren’t going back to the way they were, and change is the constant.

These changes deserve more attention than they are getting - we all have a responsibility to make advertising and marketing more effective.