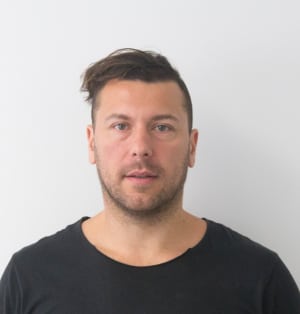 On Thursday November 12 last year Microsoft opened its first flagship store outside North America – in Sydney’s Pitt Street Mall. I was going to write about this momentous tech-stravaganza the very next day, but let’s face it, it was a Friday – so I decided to give it the old advertising ‘overnight test’…which then stretched into an over-the-new-year-test.

As serendipity would have it, this afforded me some valuable perspective, allowing me to analyse the bigger picture with the silly season long gone.

Have we all calmed down now? Have the Apple fan boys and girls returned to the illuminated glow of their backlit ivory tower on George Street? Does Microsoft’s perennial un-cool nerd brigade finally feel hip now?

Let’s examine exactly what went down in two of the CBDs busiest blocks – Pitt and George. With the loaded gravitas of Hollywood heavyweights, what essentially happened was that a computer shop opened…fairly close to another (rival) computer shop. But let’s put this ‘strange’ occurrence of a ‘retailer’ opening up a ‘retail’ store into some perspective. 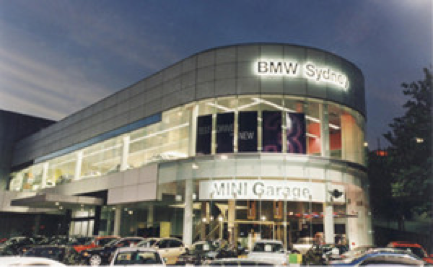 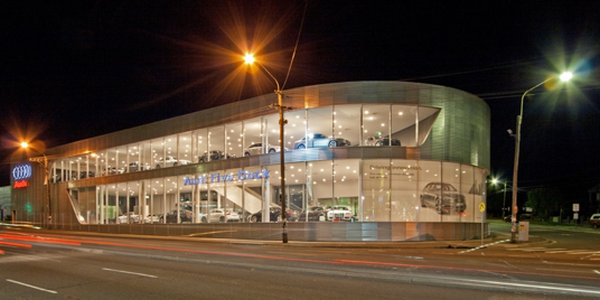 Does anyone remember when Audi opened up its flagship ‘Lighthouse’ brand terminal on South Dowling Street in Sydney? I thought not. Back in 2009, it was a bold statement of auto-engineering and architectural branding and to this day remains a beautiful showroom housing some very impressive German metal and rubber.

This landmark structure won numerous plaudits and awards for design innovation, but despite its grandiose execution, the Audi Centre Sydney – and particularly its baby brother on Parramatta Road in Five Dock – looks exactly like the BMW Sydney and Mini Garage at Rushcutters Bay.

That’s right: cars. Don’t act surprised…you weren’t when you stopped noticing that all automotive showrooms are practically the same – shiny surfaces, shiny staff, shiny smiles – or, for that matter, that Audi and a few other Volkswagen marques share the exactly the same engines. 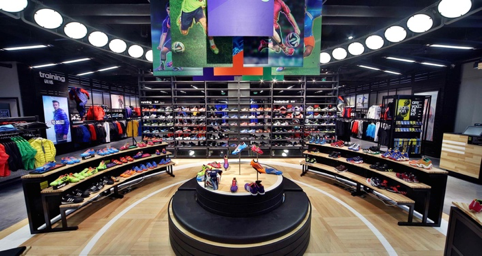 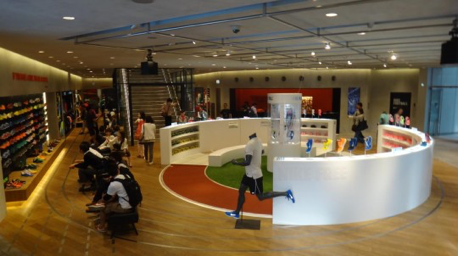 Whether you prefer Adidas or Nike, chances are you’ve been wowed by a sports themed concept store replete with inspirational slogans, cool colours and an array of celebrity endorsers.

Nike flagship stores are pure brand statements showcasing all things ‘Just Do It’ in some of the world’s most prominent locations, like the Champs-Élysées in Paris, Caesars Palace in Las Vegas and Harajuku in Tokyo.

Featuring running tracks and Nike iD studios, the brand story is told by incorporating athletics language into the bricks and mortar design – from sports lockers, gym mats and bibs to rubber running surfaces, stadium seating and dynamic mannequins. It looks, sounds and feels awesome when you’re in there. You feel inspired to dunk like LeBron or dribble like Messi.

Which brings me to my point: if all the ‘swooshes’ were suddenly replaced by ‘three stripes’, could you really tell the difference? The new concept store by Adidas called ‘Home Court’ will feature an entrance designed like a players’ tunnel that greets customers with the sound of cheering fans. Now I challenge any hardened Nike fans to claim Just Did It in Adidas’ face.

APPLE vs. MICROSOFT (vs. SAMSUNG) 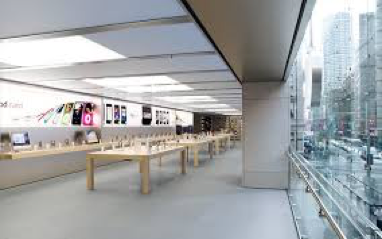 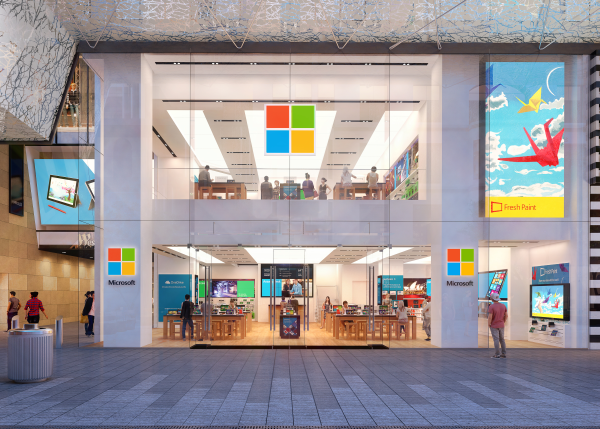 They say imitation is the sincerest form of flattery. Well, actually, Charles Caleb Colton said it in 1820. But before that, Eustace Budgell said something very similar in 1714, and before him, Jeremy Collier and André Dacier wrote virtually the same thing in 1708, albeit long-windedly. But you see where I’m going with this, right?

Maybe Microsoft did copy Apple. After all, former Sydney Apple store leader Nick Wells was employed to head up the Pitt Street flagship store. No surprises there. But despite the LED lighting and giant glass windows, how much is an Apple store or a Microsoft store different from, say, a Samsung retail store?

Not much. They all sell the same thing: technology. The products are essentially the same – same components, same patents, same licenses, same factories, production, marketing…the list goes on. The only real difference lies somewhere in between cosmetic, UX and brand empathy.

Don’t believe me? Check out the major clients of Taiwanese electronics contract manufacturer Foxconn (who manufacture the same chip processor for two very popular smartphones), or the story of Apple’s decade-old transition from its proprietary PowerPC hardware to Intel processors.

Which begs the question: what are we really buying… or buying in to?

While Microsoft ponders in its familiar thinker pose as the hourglass empties on another shopping day, is it time for Apple to reinvent its multi-coloured spinning wheel of fortune? Or maybe the amaranthine bridesmaid of tech, Samsung, is due to really show us why it is so much different and better.

Or here's an out there idea: maybe it's time for Google (or Alphabet) to open a flagship store.

It's the biggest brand in the world with over a billion users of products like Google Maps, YouTube, Chrome and Android. So just imagine a ‘G+’ or ‘abc.xyz’ concept store – in the mould of Nike, Audi, MUJI, McDonald’s, IKEA – that is ‘a place to connect with friends and family and explore all of your interests’ on the High Street.

As its logo most elegantly shows, Apple may have taken the first bite in the tech concept store wars but if they truly are the industry innovators (like their evangelist supporters preach), they'll accept imitation as a compliment with a wry smile and surprise us all next Christmas with a big old-fashioned Retail Reset Button.

If Apple indeed does re-design its stores with a game-changer, wouldn’t Microsoft look decidedly, well… soft?