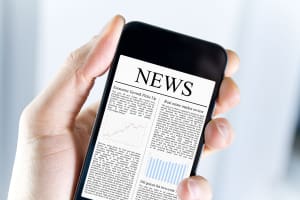 Nine.com.au has moved into second place in the May Nielsen Digital Ratings, bumping the ABC down to third position with an audience of 4.6 million, down 6%.

The current events and global news sub-category was steady overall with some movement in the top ten rankings.

News.com.au retained top position in with a unique audience of 5.8 million with a small 4% decline.

Five out of the top ten increased their unique audience numbers. BBC saw a large jump in unique audience to 2.6 million, up 16% on last month, to move to seventh place, up three spots.

Last month Nielsen under-reported smartphone and tablet data for some of the websites it tracked in April shifting the position of The Daily Mail and The Guardian. The measurement company was forced to restate its monthly digital ratings figures.

More than 90% of Australians aged 18+ engaged with social networking content via a smartphone during May 2017, according to Nielsen.

The top five social networking media brands ranked by unique audience, across all devices, according to Nielsen’s research for May 2017 were: