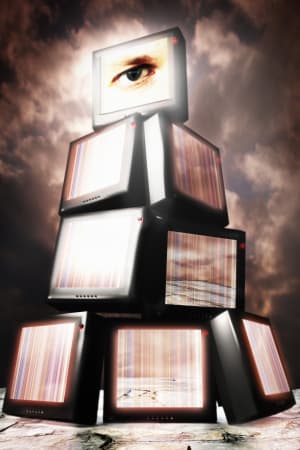 Google is preparing a major push for Australian brand dollars. It is briefing media agencies on a TV-style trading model in a bid to secure budgets upfront in return for guaranteed premium YouTube inventory and audiences.

Ahead of an October launch, the first of its kind outside of the US, YouTube is in discussions regarding the new programme, Google Preferred, with major media agency groups.

YouTube is booming in Australia. Since the start of the year Australians have subscribed to 40 million channels. Dwell time is up 35%, according to the company. The time is ripe to monetise that audience as the world's second biggest search engine brings to bear vast scale, cross-platform reach and data both from Google search and the Android operating system.

The plan is to reserve “the top five per cent of YouTube channels upfront for agencies and their clients,” according to ‎Lisa Bora, Google industry leader for agency sales, development and display activation.

The play was not a direct assault on TV dollars, said Bora. She would not be drawn on the kind of monetary commitment being negotiated with agencies. The rates Google is trying to negotiate in terms of CPMs also remain unknown.

“I can't go into [budget commitments]. We are in the early days of discussion with agency partners,” she said. “But overall it is about reinforcing the need to be where consumers are,” Bora added. “We are not telling people what budget it needs to come from. We are reinforcing that there is a strong agency and ad market where both TV and YouTube can thrive and co-exist.”

The approach is “a Google version of an upfronts model,” said Bora.

“We are reinforcing the need for our agency partners and advertisers to be where the eyeballs are. They need to reach what is currently a very fragmented market across screens. Google Preferred solves that fragmentation," Bora claimed. So what is being offered? "The audience of 18-39 year olds who are moving away from those traditional screens.”

The ad industry has struggled to precisely define “premium inventory.” Bora said that Google was using “an algorithm we call a preference score that basically categorises channels that have really large audiences and are really passionately engaged.”

That algorithm takes into account metrics including watch time, repeat viewership and popularity - and “passion metrics” like sharing, likes and fan uploads, according to Bora. “We algorithmically categorise those as what we call 'high preference score sites' that brands really want to align with.”

While some may question whether user-generated content could be classified as premium, Bora said that Google's view was that “premium should be defined by the user versus the platform provider or broadcaster.”

She added that the five percent determined to be “premium” would be refreshed quarterly, but would not disclose how much of that reserved chunk would be local content.

“We don't have a split as such. Local content is a very strong proportion and we are ensuring we are promoting that.”

Bora touted Mighty Car Mods and Natalie Tran as examples of local content producers. “They are the new kind of celebrity. They produce such consistent, good, focused content”.

She also cited strong local growth figures as a reason that YouTube could secure a greater share of brand dollars despite a push from seemingly all digital quarters.

“Watch time” on YouTube in Australia has grown 35% year on year she said, and that, since the start of 2014, “Australians have contributed more than 40 million new channel subscriptions on YouTube... that is the equivalent of almost every Australian subscribing to two new channels since January.”

Bora neither confirmed nor denied YouTube had plans for a production studio akin to its LA facility, where content producers film and hone their output, and learn how to grow and monetise audiences.

“There is nothing that we can discuss today. But we have a complementary strategy [to LA] in places like New York, London and Tokyo.”

In spot terms, Bora also remained tightlipped on the volume of inventory being made available upfront and could not quantify what that reserved top five percent meant in terms of reach.

Reach and frequency “is really important” she said. “But so too is engagement. Data such as high repeat viewership, shareability, uploads, likes, they are all enormous drivers of what is premium. With a lot of these bloggers, regardless of whether it is user-generated or high production quality, there is true engagement with their fans, and that is what advertisers want to be involved with.”

Marketers though are familiar with reach, frequency and rating points. Bora said that Google was “trying to ensure that we talk in the language that they are familiar with across the other screens. So we will be able to talk in traditional GRP terms in addition to digital metrics.”

In terms of audience verification, Bora said that Google was “committed to all the measurement support that we get in terms of ComScore and Nielsen” and was a “strong advocate of the IAB's Brand Safety Council.”

So could Google guarantee 100% human audiences?

“I think that no-one can guarantee 100%,” Bora admitted. “But we are very confident in our own data and the data that is available to the market as well.”