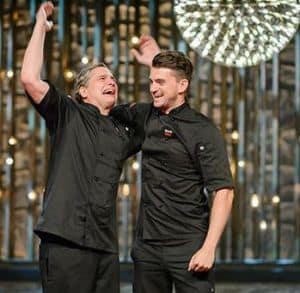 Channel Seven comes out pans blazing with a statement vehemently stressing that it will not back down from its current court case with Channel Nine – which it says has ripped of its My Kitchen Rules format.

The channels went head to head in court yesterday but Seven lost its bid to have Nine's cooking show, The Hot Plate, taken off air, despite claims it was breaching the copyright of its popular cooking show My Kitchen Rules.

Disregarding the knockback, Seven says it will plough ahead in order to protect its business and the content it creates.

“Seven will continue its case against the Nine program which it asserts is a straight rip-off of My Kitchen Rules,” a spokesperson said.

“Seven needs to protect not only the Australian version of My Kitchen Rules but also the distribution rights in many overseas territories. Given the importance of the matter, Seven has asked the court to deal with the matter as an urgent hearing.”

On the question of how the saga could impact advertisers, one Sydney-based media agency CEO, who didn't want to me named for fear of being associated with such “tit for tat shi*”, said: “Of course the shows are similar – just like all cooking shows – just like the whole of the free-to-air TV shows, they are all the same,” he said.

“Advertisers don't care as if anything the controversy around it may be better for them. Everyone is just letting them roll with it and no one really cares.

“It brings back the same argument of how the networks need to bring out some new, different shows instead of rehashing the same tired formats.”

In a statement from Seven it said: “His Honour found that Seven has an arguable case that the close similarity of the formats is the result of copying and that there is a reasonable basis for Seven to argue that, directly or indirectly, the team responsible for developing the Hotplate format has copied the format, or a large part of the format, used in MKR.”