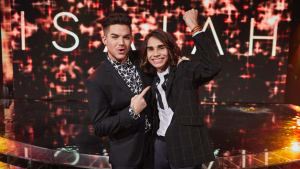 Seven's X-Factor has delivered its lowest ever ratings for a grand final, placing major doubts over the show's future.

About 1.2 million Australians tuned in to see Isaiah Firebrace take out the song contest on his 17th birthday from 'the bogan from Logan' Davey Woder.

The metropolitan audience of 751,000 is significantly lower than 2015's showstopper, when an average of 1.06 million tuned in to see the grand final and winner announced shows.

Sources within the music industry have previously claimed the show had already been axed for 2017 due to a slump in ratings while X-Factor was conspicuously left out of Seven's programming slate announced at its recent New Fronts event.

Seven had not reponded to an AdNews request for comment at the time of reporting.

The poor grand final audience could be the final nail in the coffin for the talent show format which has struggled this year.

Nine's The Voice reported its lowest ever finale audience of 1.29 million viewers, while Australia's Got Talent flopped spectacularly at the start of the year.

This year's season of the X-Factor has struggled with ratings, attracting an average of 754,000 metro viewers compared to 1.04 million last year.

Attempts from producers to generate interest by stirring up an artificial rivalry between judges Mel B and Iggy Azalea have backfired spectacularly.

In an appearance on Sunrise last month, David Koch probed the Spice Girl about 'bad blood' between the pair and was quickly batted away.

“I know you're trying to get some rivalry between me an Iggy, but there isn't any,” she responded.

In one episode of X-Factor, the no-nonsense Azalea snapped at a question by host Jason Dundas about whether there was only room for one female judge, suggesting the idea had sexist undertones.

Nine's The Voice has used similar tactics. The ongoing feud between hosts Delta Goodrem and Jessie J has received plenty of column inches, but it's unclear whether this is helping to generate interest in the talent show format or turning viewers away.

Either way, it appears unlikely the X-Factor will return in 2017 and further audience declines in The Voice, which has steadily shed viewers since a 2012 peak, could spell the end of the song contest format that has been a staple of reality TV since Bardot won Popstars in 2000.