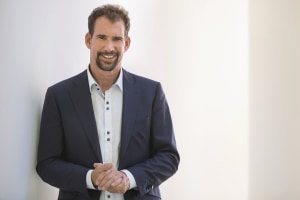 Monsees will join WPP AUNZ from the BMW Group, where he was most recently corporate VP leading global digital strategy, corporate planning and product strategy.

During his time at BMW, Monsees has been instrumental in the business and cultural transformation of the global BMW Group from a traditional Original Equipment Manufacturer (OEM) into a customer-focused and data-driven mobility tech company.

Monsees will take over from John Steedman, who stepped in as interim CEO in October 2018.

Steedman will continue to lead WPP AUNZ with the executive leadership team until Monsees takes up his position.

Steedman, with his "extensive knowledge" and long history with WPP AUNZ, will also work closely with Monsees to ensure a smooth handover.

He and the executive team will be key partners of the new CEO. Upon Monsees' commencement, Steedman will continue in his role as executive director and chairman, media investment management, WPP AUNZ.

The CEO role became vacant at the end of last year after it was revealed in October that top boss and executive director Mike Connaghan would be departing.

Connaghan had spent 12 years with the business and 25 years at the network in total. He led the business for more than a decade, previously at STW - with the role morphing into CEO of WPP AUNZ - following the holding group's merger with STW in 2016.

Steedman had previously outlined his plans for a turnaround and restructuring at the agency holding group in May, with the embattled holding group looking to improve its position in the region.

The company in February posted a statutory loss of $17.1 million for 2018 on top of impairments, taking a hit to revenue from its Advertising, Media Investment Management segment.

"We know we can do better, and we are actively addressing the issues we faced in 2018 to deliver a sustainable performance," the company's interim CEO and executive director told the company's AGM in Sydney in May.

This is the second major holding group position to be filled this year, following the news that Henry Tajer would be taking the CEO position for rival Dentsu Aegis Network.

However, two major media holding group roles still remain vacant, with Publicis Media still without a CEO following the departure of Matt James, as well as IPG Mediabrands which has yet to appoint a replacement for group boss Danny Bass.