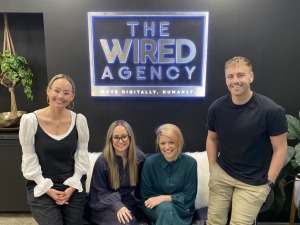 Nunura has spent the last seven years at one of Australia's leading youth publishers and content agencies, Junkee Media, as head of client services for Junkee Studio (part of oOh! Media), working across Netflix, Westpac, AMEX and Qantas.

Nunura will use her experience in high level account services and strategy, to deepen Wired’s capabilities.

“I am thrilled to join the team at Wired - we have an exciting time ahead and I'm honoured to take on the role," she said.

Wired founder and managing director, Angela Hampton said: “It’s pretty rare to come across someone [Nunura] who has such a diverse set of skills having essentially worked for an agency inside a publishing house.

“From the minute I met her, I felt genuine warmth and passion - cracking a few jokes upfront so I knew she’d fit in well at Wired.

“We’re a few years old now as an agency and with plans to focus on fewer, bigger, better, always putting our people first, Sam is coming in at the perfect time to make a genuine difference.”

Facing a tough talent market, they recently launched their own recruitment drive called, Recruit your Mates where $10,000 per role is up for grabs for successful placements, totaling $60,000.