WIN and Hoyts crop up on ATO tax transparency list 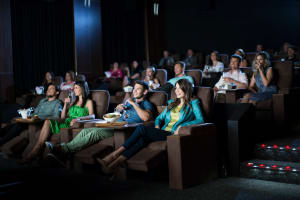 The regional media firm WIN, and cinema chain Hoyts are among the list of the 300 richest privately-owned firms which have had their income and tax affairs unveiled by the Australian Taxation Office (ATO).

Of the 321 companies on the list of Australian-owned private companies with an income of $200m or more, 98 paid no tax and 123 companies paid about a third of their taxable income in tax.

Meanwhile, Outdoor Media Investments registered earnings of $236m, but has yet to register its taxable earnings or pay any tax.

Similarly, Hoyts lodges income of $417m, but again is yet to register its taxable earnings or pay any tax.

The ATO however stresses that there are some taxpayers in this report with nil tax payable for the reporting period and that “no tax paid does not necessarily mean tax avoidance”.

The report follows the release of similar data on 17 December 2015 relating to large corporate taxpayers with a total income of $100 million or more in 2013-14.

The initial report showed that David Jones. Foxtel Cable TV and Ten Network were just three of the household media names which registered a startling blank next to taxable income and tax payable.