Will data kill the creative? 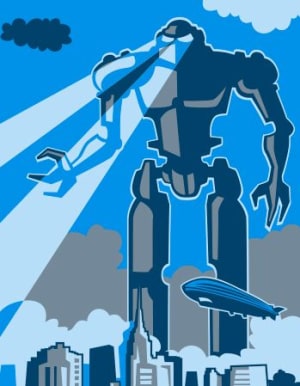 Data deals are happening left, right and centre. Social networks are teaming up with massive data players, publishers are launching DSPs and most businesses in ad land are thinking about, if they haven’t already, hiring chief data officers or data leads to oversee how it flows through every process of their operations.

Independent creative shop New Republique, which has National Australia Bank, Coca-Cola Amatil and City of Sydney on its books, wanted to do something different. Rather than just hiring someone to be in control of how data is used in the business, the agency’s CEO Nima Yassini chose to partner with global software player Maxymiser.

The creative shop and the global optimiser have inked a deal that will see New Republique become Maxymiser’s software vendor in Australia, while also injecting the agency with data right the way through.

Maxymiser’s platform specialises in testing, whether it is fairly simple A/B testing or multivariate tests, with the software aiming to optimise sites across multiple platforms to ensure these are as profitable for its customers as possible.

Speaking with AdNews, Yassini said the partnership doesn’t change the agency’s position first and foremost as a creative shop, rather it is the final piece that he felt was missing in order to achieve New Republique’s founding goal.

“The day we set up this business, I set it up on one very simple proposition, I want to help clients sell products and I want to own the sales cycle,” he says.

Yassini explains that even though the agency is creative by name and by nature, his sole focus is on helping clients make money, especially those who rely heavily on their digital assets to do so.

“Our creative services bring customers into the pipeline. Our UX [user experience], our developers and our web services are all about building those platforms and Maxymiser completes that cycle and feeds the other side of the business, the creative and the development side of the services,” Yassini says. “I don’t want to compete on pretty pictures, I want to compete on performance - are we actually driving sales for our clients or not? This tool helps us to be really sensible about that.”

Yassini believes now is the right time for the agency to take on this partnership because of the rise in commercial conversations around data.

“We’re already getting a lot of direct interest, where people are going to Maxymiser and then they’re coming to us,” he says.
“People are playing with it and trying to work out the best way forward. The amount of money people are investing in web, you can see how it’s growing. Digital is growing, mobile is growing, a lot of marketers are now looking for ways to actually get optimisation of their assets to work better to generate conversation.”

Nick Keating, VP of Europe, Middle East and Africa at Maxymiser, told AdNews the Australian market is vibrant so it made sense to partner with an Australian agency so they could hit the ground running and leverage off its pre-existing relationships instead of waiting to launch on its own.

“There’s a lot of activity in the Australian market. We get contacted by e-commerce companies wanting us to pitch for their software and services work and we see a lot of growth in the market in Australia in the coming year and we wanted to be a part of that,” he says.

“The best approach for us, was to look for a strong Australian agency to collaborate with and we’re really pleased we’ve found that with New Republique.”

Keating explained the move also fits with the global ‘ecosystem’ that Maxyimiser has been building and with what’s taking place in agencies around the world.

“What’s really happening in the agency space, and it’s been accelerating certainly in London in recent years, is people on the client side are wanting somebody who provides a mixture of services around data and analytics, people who can provide services around user experience and then also what we do, testing and personalisation solutions,” Keating explains.

“A lot of organisations want a mixture of all those skills to tackle their challenges and that’s what New Republique will be able to offer, and that will be a really powerful story for them.”

Yassini is interested in the idea that down the track potentially more deals could come in for software rather than creative, and he’s excited rather than perturbed when it comes to stripping out the subjectivity of his agency’s work.

A version of this story originally appeared in the latest issue of AdNews magazine (7 August). Want to read the rest of the great content? You can subscribe right here.