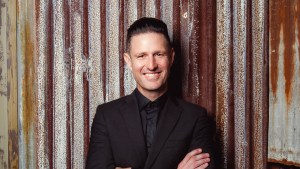 Gruen Nation's special federal election program for the ABC has removed politicians from the show's panel.

MC Wil Anderson told the Sydney Morning Herald: “We’ve decided to concentrate on people who have been on that campaign bus.

"We will have a range of strategists and marketers and communicators from the different sides of politics, plus a journalist. Don’t expect names. Expect big brains and huge careers and interesting inside perspectives.”

Anderson, who has just finished a stand-up tour, says audience numbers were down and everybody was disproportionately angry or more black and white.

“The reason we have so much hate in the world right now is because the algorithms in social media are entirely affected by advertising," he says. "The algorithm that hooks us in and riles us up every day is literally an advertising algorithm.”