Why Toyota pulled its Olympics advertising 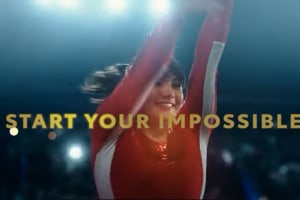 A spokesman for the vehicle maker told a local media briefing that advertising in Japan was on hold.

Most Japanese say they don't want the games to go ahead because of concerns over COVID-19.

The Japan Times: "Two-thirds of people in Japan doubt the country can host a safe and secure Olympics amid a fresh wave of coronavirus infections, according to a survey published by the Asahi newspaper just four days before the opening ceremony in Tokyo."

Senior executives from Toyota will also not attend the opening ceremony and a spokesperson said: “We will not be airing any commercials related to the Games in Japan.”

Shannan Quinn, Prism AUNZ managing director, says Toyota has invested hundreds of millions of dollars across multiple channels in the Olympic space over a number of games.

However, the news that it is pulling TV advertising in Japan is not surprising.

"The brand has made this decision based on public sentiment and the overwhelming push from the Japanese people that the Olympics should not go ahead," says Quinn.

"It’s a very brave decision by the car maker, as its TV strategy is no doubt one of the most important threads in its entire sponsorship ecosystem.

"I commend them for listening to the people of Japan, protecting the optics of their brand and preventing negative image transference from association with the Games.

"The long-term implications would have had a vast impact on the brand and would outweigh any short term gains it may deliver if it went ahead as originally planned."

A Toyota Australia spokesperson: "Toyota Australia’s marketing campaign for the Olympic and Paralympic Games has begun nationally and will continue as planned with our media partners.

"As worldwide mobility partner, Toyota continues to support the Olympic and Paralympic Games and the athletes who have strived so hard to compete by providing Games participants with safe, efficient, and convenient mobility options based on Toyota’s vision of 'Mobility for All'.

"We believe their passion and dedication will inspire and give hope to people around the world."