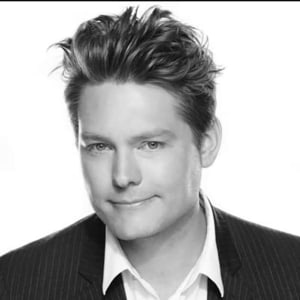 The advertising and media industry talks a good game around digital and innovation, but really it’s barely scratching the surface.

Speaking at ADMA Forum in Sydney last week, Tom Goodwin, Havas Media’s SVP of strategy and innovation based out of New York, urged businesses and the media and advertising industry to do more than just innovate at the edges.

He’s the guy who back in 2015 coined the now often-repeated observation that Uber the world's biggest taxi company, owns no cars, Airbnb the largest hotel owns no real estate, Facebook, the world’s most popular media owner creates no content and Alibaba, the world’s biggest retailer has no inventory. He’s something of a thinker in the digital space and he believes digital is being applied like garnish to the edge of a meal rather than at the core of business change..

“The most valuable and fastest growing companies in the world have really built themselves for a different world because they’ve seen a paradigm shift. But if you look at us as an industry we focus on the edge. When you look at companies that you think are very innovative, mostly it’s at a marketing level … most of the time they are just applying technology to the edge.”

He gives examples such as US retailer Home Depot which has a 3D printer but no one knows what to do with it, glasses brand Warby Parker which is often heralded as a revolutionary new breed of retailer, and Ikea which has built a virtual reality application that allows customers to explore kitchens and homes, but has “is one of the worst” ecommerce websites as examples of lauded innovations that are just on the periphery.

“We think we’ve understood the power of digital by applying it to the edge but really we need to apply it to the core,” he says adding that those businesses that innovate beyond the edge will do better.

The same is true with advertising methods he believes, highlighting that Instagram ads are not that dissimilar to ads that brands were running in the 1880s, ecommerce websites still look very much like catalogues from the turn of the century and native content is not all that different from the advertorials brands have run since the 1800s. It’s a situation he likens to the industrial revolution when electricity was invented and factory owners thought it would revolutionise how they operated. In the main things looked the same for a very long time except the method of powering the machines had changed.

“Companies that should have fundamentally rewired their business for the modern age, but they are just sprinkling fun bits of innovation around the edges … Heathrow terminal three is the perfect metaphor for most businesses today. They have been doing many incremental things to make up for the fact that the whole thing is built in the wrong place and is probably doing the wrong thing, because no one has had the guts to say ‘f*ck it let’s just start this whole thing again’.”

Another of Goodwin's points is that while the pace of change is faster than it's ever been - the acceleration will continue, menaing that we'll eventually look back on this time as one of simplciity. "Things will never change so slowly again," he says.