Why Nine's Hugh Marks is upbeat on taming the digital platforms 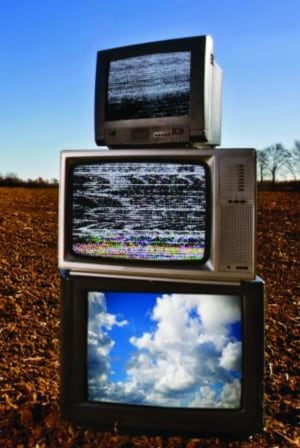 Hugh Marks, the CEO of Nine, is heartened by the federal government's indication that it is prepared to take strong action against digital platforms.

Google and Facebook will now have to negotiate with publishers on the use of their content or face further regulation. The big stick from treasurer Josh Frydenberg: "The government is not ­messing around, we will not hesitate to act.”

The federal government has released its response to the recommendations of the Australian Competition and Consumer Commission’s (ACCC) Digital Platforms Inquiry.

The consumer watchdog inquiry was launched following concerns about the market power of major platforms, including Google and Facebook, and their impact on Australian businesses and journalism.

The government accepted the overriding conclusion that there is a need for reform to protect consumers, improve transparency, recognise power imbalances and ensure that substantial market power is not used to lessen competition in media and advertising services markets.

Marks' large and diversified media group has been forced to comply with government regulations, including levels of local content on free-to-air television, while digital competitors, such as Google and Facebook, do as they wish.

“We have borne a heavy burden of regulations for many years and had to compete against much better funded, much larger digital players who have effectively no regulations," Marks told AdNews.

“Harmonisation is something we've all been arguing for for a long time. Recognition by the government that's where they need to move to is great."

He's waiting to see the details but says he's happy with the government's strength of conviction to take strong action.

"That's the thing that's most pleasing for me," he says.

“We've got to change our business, as we're doing, but any support at the margin, particularly around areas like this, is good," says Marks.

“We’re dealing with monopolies and this [the government's response] enables us to seek further improvement ... which will be good for our business."

Opening up social platforms is another opportunity to monetise content, he says.

Marks is also supporting a voluntary code of conduct with the platforms.

The code will cover how revenue is shared, how content is accessed and presented, as well as forewarning publishers about changes to algorithms that determine the ranking of content in search results.

"If we as an industry can come to an agreement, obviously that's the preferred option, so we should be encouraged to sit down and resolve it as an industry," he says.

"If we can’t get to an outcome that’s fair then the government's indicated their prepared to look at a mandatory code.

"But seeking to reach agreement first is the right way to go and because that provides the basis for a business relationship going forward as opposed to something that might be more mandatory, which also may not work long-term. These things will live and breathe and change over time and the industry changes."