Why 2Day FM dropped its breakfast show: It was time to take our heads out of the sand 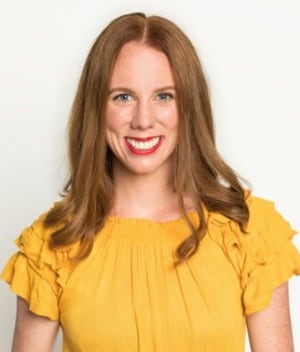 It was time for 2Day FM to take its head out of the sand and shake-up its breakfast format after years of struggling to front a successful show, says head of the Hit Network Gemma Fordham.

Last week the station, part of Southern Cross Austereo’s Hit Network, surprised many when it dropped its breakfast show hosted by Grant, Ed & Ash in favour of a music-focused program.

Since losing Kyle and Jackie O in 2013 to ARN’s Kiis FM, 2Day FM has churned through a long list of presenters. Some 13 people have sat in the radio booth; Rove McManus, Sophie Monk, Merrick Watts, Mel B, Maz Compton, Sam Frost, Em Rusciano, Ed Kavalee, Grant Denyer and others, but all failed to build and retain a strong audience.

In the last radio ratings the station slipped by 1.1% to hold 3.1% of listeners in the breakfast slot and 4.7% of overall listenership, also down since the previous radio ratings.

Fordham says despite the shock announcement last Thursday, with the hosts given just one day to say their goodbyes on the show, she knew for some time switching to a music-focused format would work after seeing 2Day’s Workday ratings grow over the last year.

“It was always something that I certainly considered but as I saw the metrics match my 'heart feel', it really just made it obvious that was the directive that we needed to go towards,” Fordham says.

“Ultimately, the listeners were loving that component of what we're providing on the station. So, it was really about just going, ‘well, this is working, we would be crazy not to exploit it’.

“We want the people of Sydney to love this station again and what we were doing wasn't working. So, we had to get to that point where I thought this is not the right strategy for us anymore and we can either keep doing it or I can put my big girl pants on and realise that we're going to have to make some big decisions.”

In response to those saying axing a host-fronted show is a sign the station has given up, Fordham says while people are entitled to their own opinion, the decision was supported by data and listeners’ feedback.

“People will say that when they want to take shots, it's not necessarily how I would behave,” she says.

“Giving up would actually be to keep doing what we're doing and have our heads in the sand and not listen to what our audience is telling us. That, to me, is giving up. Giving up to me is having your head up your own arse, to not be able to look at the greater picture and look at the greater opportunities that are available.”

A music-only station may sound redundant when streaming services such as Spotify gives users access to music instantly, but the appeal of radio hasn’t worn off.

Fordham says people still want radio’s sense of community and she’s betting on the return of Jamie Angel to the station to inject that into the new show, 2Day’s Music for Breakfast.

Angel was previously a host at 2Day FM up until 2004, and Fordham says luring him from his current role at Triple M took some convincing.

“Jamie was on air back in 2Day’s hey-day, he is known in the industry as being one of the best announcers in radio,” she says.

“So, when I was trying to hear it [the new show] in my head, I just kept hearing him on air and certainly recalling what he was like when he was on air.

“He has this brilliant ability to be really local and yet still be really comedic and connect with the city and with the music, so I just knew he was the right person. People want a sense of 2Day but they don't necessarily want to sit through a six-minute interview on MasterChef.”

While switch to a music-focused program may seem bold, the format has been working for other stations, such as Smooth FM. Fordham also reminds people that music-based shows were the norm a decade ago.

“We have so much content thrown at us now that there is an element of just wanting to feel good and just mentally escape for a little while,” she says.

“That’s why I think there is an appetite and desire to have that type of option on the table. It might not have been the case five years ago, but I do certainly think that's the case now and we're seeing that globally.”