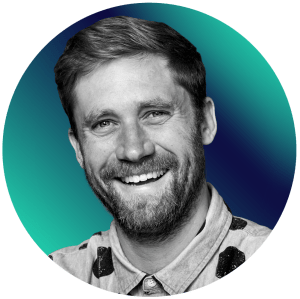 Toilet paper brand Who Gives A Crap could never have imagined it would be selling one of the hottest commodities of the year -- nor making its biggest donation to date -- prior to 2020.

Spurred on by panic buying amid pandemic lockdowns and consumers’ increasing desire to find ways to do good in the world, the purpose-led business had its biggest year ever, donating $5.85 million to charities who build toilets in the developing world.

Who Gives A Crap CEO and co-founder Simon Griffiths says the brand began to see sales elevate quickly from the start of March with its online store doing 30 to 40 times a regular day in sales.

“At our peak, we were selling 28 rolls of toilet paper every second, which is mind boggling to think about what that would look like a supermarket environment,” Griffiths tells AdNews.

“At that point, we turned on an email sign-up, so that you could find out when we were back in stock. We thought we’d get a few thousand people on that waitlist, and we ended up with more than half a million people.”

While the infamous panic buying saw the big supermarkets impose limits on the number of toilet rolls Australians could purchase, Who Gives A Crap had to take a different approach.

Griffiths says with the number of people on the waitlist, the team knew they had to think creatively about a solution.

“We realised that the main barriers to getting product out to as many people as possible were our stock levels and our customer support volume,” he says.

“So, we doubled the number of orders that we could send by repacking our big 48-roll boxes into two 24-roll boxes. Then we tripled the customer service capacity by hiring and training 25 freelancers in a week.

“We then created any invite-only version of our store that we sent email invites to just enough people every day to max out the capacity of our warehouse and our couriers who were shipping our products out to our customers.”

The “secret” online toilet paper club ran for about eight weeks and saw the company break Shopify’s API due to the number of orders it was sending.

Griffiths attributes the company’s success during this period to its purpose-led foundations.

“When we went viral in March, and had those huge sales surges, that was because our customers were so excited to tell other people about who we were,” he says.

Not only does the brand donate 50% of its profits to building toilets in the developing world, but it is also environmentally friendly.

These were huge draw cards for many of its customers who became advocates for Who Gives A Crap, sharing the brand with others across social media.

“By doing good, we created an environment that made it easier for our customers to want to shout about us from the rooftops,” Griffiths says.

Who Gives A Crap was founded in 2012 with a goal to help 2.4 billion people globally who don’t have access to a toilet.

While sanitation and toilets aren’t the sexiest topics to discuss or the first to be funded, the brand set out to change that through selling a product people need -- toilet paper.

Griffiths will be sharing the company’s ten core lessons from what they have learned from running a purpose-led business, including through the pandemic, at the Australian Association of National Advertisers’ (AANA) RESET conference on November 27.

AdNews is the exclusive trade media partner for RESET this year.

For more information on the conference and how to purchase tickets visit www.reset.aana.com.au