What you missed: Myer to 'vigorously' defend itself in legal saga; Dentsu Japan boss to resign 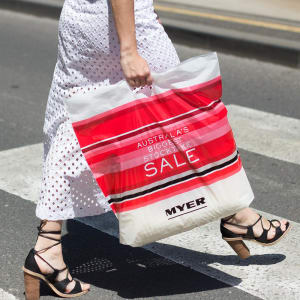 Here's what you missed over the Christmas and New Year break ...

Top Dentsu boss to resign
Dentsu's CEO Tadashi Ishii will resign at a board meeting later this month. The news follows the death of a 24-year-old digital account manager at Dentsu Japan, Matsuri Takahashi, who killed herself after reportedly working more than 100 hours of overtime in a month. According to AdWeek, Japanese officials are reportedly recommending filing unspecified charges over the December 2015 suicide. Takahashi attributed her own death to a culture of 'overwork.' Following the death as part of an investigation into overworking Dentsu's offices were raided. Days before the raids Dentsu created a Working Environment Reforms Commission to address the issue.

Legal proceedings taken against Myer
Myer plans to 'vigorously defend' itself following legal proceedings served against the retailer in the federal court. In a statement on the ASX, it notes that former shareholder TPT Patrol Pty Ltd as trustee for the Amies Superannuation Fund, alleges loss and damage said to have resulted from statements made in the context of the company's fully year 2014 results. Myer notes that the claim, in substance, is identical to the group action commenced against Myer in March 2015 by Melbourne City Investments Pty Ltd (MCI). Just last month the Supreme Court of Victoria held that MCI's proceedings are an 'abuse of process' and ordered they be permanently stayed – thus halting further legal process in a trial or other legal proceedings. Myer's response to writ said: “Myer believes that TPT Patrol's claim has no proper basis, denies any liability under it and will vigorously defend it.”

Woolies sells to oil giant BP for $1.8 billion
Woolworths will sell its fuel business, that being 527 fuel convenience sites and 16 development sites, to BP for $1.785 billion. The supermarket giant says the proceeds will be used to 'strengthen its balance sheet and reinvest in its core businesses'. A core part of the deal will see the roll-out of a pilot 'Metro at BP'. It's hoped this will be a 'leading convenience food offering', similar to what BP did with Marks & Spencer 'Simply Food' in the UK. If the pilot is successful the parties intend to enter a long-term arrangement under which BP will invest 'significant capital' to roll-out the Metro at BP offer. The deal follows news that Woolworths is addressing the threat from Amazon by forming a task force to take on the US online retailing giant.

Twitter looks for ways to improve in 2017
Twitter CEO Jack Dorsey has asked his nearly four million followers how the company can improve next year. Judging by the comments, the main changes users are asking for in 2017 are the ability to edit tweets, getting rid of the trolls, adding ways to follow threads, highlighting interesting conversations, improving targeted advertising and creating a way to bookmark tweets. Jack took inspiration from Airbnb CEO Brian Chesky who the week before also asked users to provide feedback on the company.

Following in the footsteps of Brian Chesky: what's the most important thing you want to see Twitter improve or create in 2017? #Twitter2017