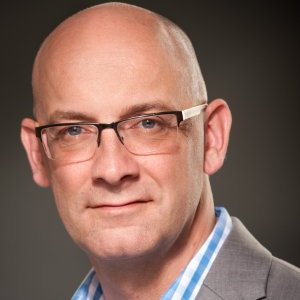 “Over time, we will bring thousands of new jobs to Australia and millions of dollars of investment”, says Amazon’s director of operations for Australia, Robert Bruce.

New to the role Bruce, whose former roles include being the Vistaprint president of Japan, Australia, New Zealand and Singapore and a global director role at automotive safety systems manufacture Autoliv, is the man charged with Amazon's regional operations. His LinkedIn job description simply says to “transform the future”.

Amazon confirmed it will straight away create hundreds of new jobs with the opening of its first Australian 'fulfilment centre' in Dandenong South. It has begun recruiting for a range of roles, including operations managers, pickers, packers, systems technicians, and HR specialists.

The arrival of the e-commerce beast has caused alarm for many Australian businesses who fear they wont be able to compete with Amazon's prices and speedy delivery.

Late last year Woolworths attempted to address the imminent threat from Amazon by forming a task force to take on the US online retailing giant. At its annual meeting with shareholders, Woolworths said the team will be different to that which competes with Coles and Aldi, and was established solely to respond to Amazon.

Amazon recently announced its intention to bring a retail offering to Australia and the opening of this 24,000 square metre fulfilment centre is an integral early step in the move towards that goal.

“We are thrilled to be creating hundreds of new roles in Dandenong South,” Bruce says.

“This is just the start. Over time, we will bring thousands of new jobs to Australia and millions of dollars of investment as well as opening up the opportunity for thousands of Australian businesses to sell at home and abroad through Amazon Marketplace.”

The new centre is located in the Pellicano's M2 Industry Park in Dandenong South, providing easy access to the South Gippsland Highway, Monash Highway and Eastlink. Amazon says the building is also in close proximity to a wide range of amenities for employees.

“This new fulfilment centre will stock hundreds of thousands of products which will be available for delivery to customers across Australia when we launch our retail offering,” Bruce adds.

“We will be focusing on offering our Australian customers low prices on a great selection of products and can’t wait to get started.”

Industry Minister for Victoria, Wade Noonan, says Amazon's decision to locate its centre in Dandenong South will create hundreds of local jobs and open up retail opportunities for thousands of local businesses.