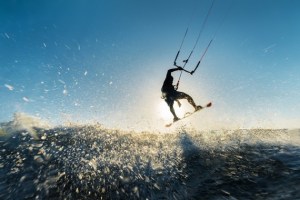 The acquisition of Prime Media is step one in plans by James Warburton, appointed CEO of Seven West Media in August, to transform the network and take on a soft advertising market.

He told an analyst briefing today: "These announcements today are just the first step executing the strategy."

And he indicated that there are more acquisitions ahead and further sales on assets.

When he was appointed CEO, he quickly made his plans known: "“We will be a hunter and explore M&A opportunities in both traditional media and nontraditional adjacencies that are positive for our shareholders.”

Today he is "bullish" on adding regional Australia demographics and offering advertisers a single platform to seamlessly reach 90% of Australia.

"This is a game-changer transaction for advertisers and media buyers and will put us in a position of a clearly superior advertising offer," he says.

"We've got a much higher reach in terms of Australia new untapped markets that are extremely underweight and we've got a lower cost base Yes, actually to run those to run the network.

"There is a compelling rationale for the combination and it clearly differentiates what seven West media is and gives us the superior and unmistakable proposition to advertisers," says Warburton.

"The merger will make us Australia's leading commercial premium broadcast video and news network with the potential to reach over 90% Australia's population each month.

"Importantly, it will allow us to provide advertisers with seamless access via a single platform to both metropolitan and regional markets in Australia."

He sees a "huge opportunity" to roll out BVOD asssets into the regions.

"The ability to have one phone call to halve media buyers' workload and a client's workload and deal with one network, with all the content we've got, an extremely attractive proposition."

One of the attractions of prime is that it runs a strong hour of news and is dominant in the regional markets, he says.

"It's by far and away the largest news organisation in the regional markets and that fits our DNA," he says.

How Seven West presented the Prime Media acqusition to the market: 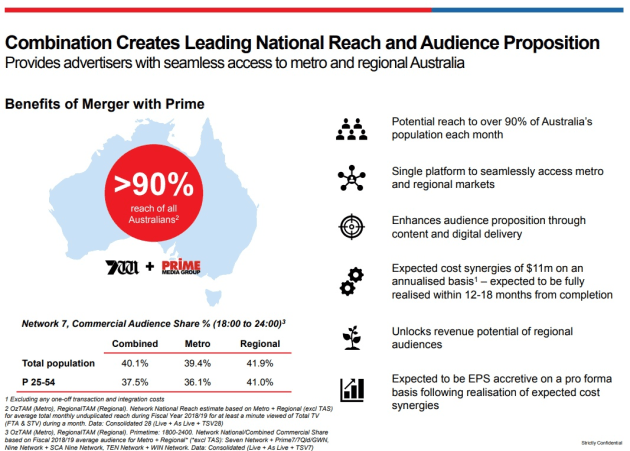