VW could review creative in Australia as part of global shift 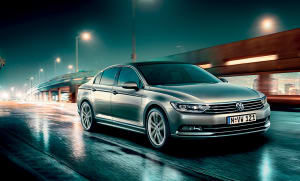 In this market, VW consolidates its creative and media agencies under Omnicom, working with DDB Sydney and PHD.

VW's global media business, which has been handled globally by Omnicom's PHD since 2016 and locally transitioned from MediaCom to PHD in 2017, is not thought to be part of the review.

The review, which is expected to be held at the holding company level, was announced by global VW CMO Jochen Sengpiehl who outlined his vision for a more centralised model organised around regional hubs at a press briefing in Berlin, according to the German magazine Horizont.

It's unclear how the review could impact the local market, with a VW spokesperson saying “we will speak about this exciting initiative shortly”.

The spokesperson adds the brand “enjoys a fruitful” relationship with DDB and “looks forward to our continued association”.

A DDB spokesperson comments: “DDB has a very close working relationship with Volkswagen both in Australia and globally. Any potential agency review would be an opportunity for us to strengthen our role as a worldwide partner for this amazing brand.”