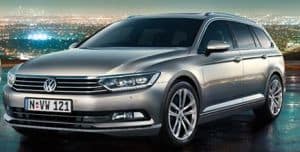 The Omnicom Group agency beat off competition from incumbent WPP's MediaCom and Interpublic's Mediabrands to the world's fifth largest advertiser, and will take over the account in 2017.

The win is PHD's biggest to date and believed to be the largest consolidated global win in history.

"The media holding of the Omnicom Group stood out against the competition and convinced all the group brands involved by providing trends-setting impetus in media management and a broad-based, strategically sound service range," Volkswagen said in a statement.

The win consolidates media buying and planning in more than 35 markets, including Australia, and extends PHD's current relationship beyond handling global media of Porsche and Bentley as well as Seat in the UK.

In Australia, the account is a major coup for PHD, and includes media buying and planning across all Volkswagen brands - VW, Audi, Seat, Skoda, Porsche, Bentley, commercial vehicles and its truck business MAN.

The annual ad spend for Volkswagen Australia in the past 12 months was $35 million, according to Nielsen figures. Industry insiders estimate billings could be as much as double that and AdNews reported it was $55 million in 2012.

MediaCom has been Volkswagen's global media agency since 1998, handing 90% of of its media buying and planning.

Volkswagen is the second largest global car manufacturer by sales volume, second only to Toyota. In winning the business, it is understood Volkswagen wants greater emphasis on digital and programmatic from its new media partner.

In 2014, VW was found to to be cheating diesel emissions tests in the US, a scandal that cost the car maker several billion dollars.