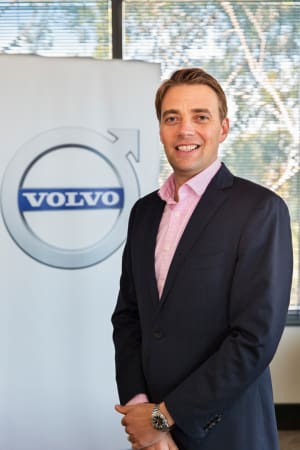 Volvo's top marketer Oliver Peagam is departing the business to join Fairfax as head of auto in its newly formed commercial team, AdNews can reveal.

Peagam has been with the automotive business for since 2012 and in the role of marketing director for four years.

Fairfax's new commercial strategy sees the creation of a team of specialists dedicated to 10 of its largest advertising segments, including auto, retail, tourism, finance and more.

Peagam will lead the auto team, which is one of the largest ad revenue drivers for Fairfax.

The new commercial approach was developed by chief revenue officer Matt Rowley, who joined the business in April this year.

The four biggest teams will be around the key verticals of banking and finance, travel and tourism, auto and retail, which are Fairfax’s strongest ad revenue drivers. Up to 12 staff will work in each team.

Other verticals, such as tech and telco, sport, food and drink, government, luxury and and entertainment, have been identified as growth areas for the business and will have smaller teams. Read more about the commercial strategy here.

Rowley says there are more high calibre hires to come across travel, retail and finance, which will be announced shortly.

Volvo says Peagam's replacement will be named in the future.