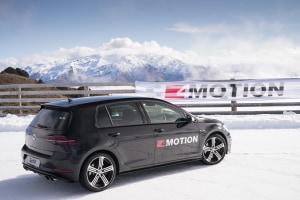 As part of its newly-launched brand strategy, Feel The Drive, Volkswagen Australia has produced a white-knuckle driving video on the SHPG’s summit to give fans the chance to experience Volkswagen’s 4MOTION AWD technology in action without having to leave the house.

The videos will feature prominently on YouTube and are designed for use with VR headsets.

Project lead and film series creator, Volkswagen PR and brand experience manager, Kurt McGuiness says it is a "constant challenge" to find new ways to engage and interact with customers.

To bring the company's "better experienced than explained" mantra to life, McGuiness says VR was the answer.

“Volkswagen has long prided itself on producing engaging, cinematic content in-house using real people and our cars as the heroes," McGuiness says.

"These videos blend the high-calibre, blockbuster-style storytelling that we’re known for with the latest in immersive technology to open up a whole new dimension of the World of Volkswagen.

"While we can’t get all of our fans on the plane with us to New Zealand, thanks to collaborators QUBE Productions, MAXART and Google Australia, we can give them the next best thing."