Vodafone still has most telco complaints 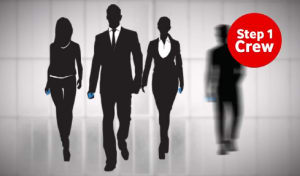 Vodafone still gets significantly more complaints that rival networks Optus and Telstra, despite improvements to its network and products in the last 18 months.

The network receives 12.2 complainants per 10,000 customers compared with Optus, which gets 4.6.

It aims to give consumers information they haven’t previously had access to to help compare performance across five major telco networks.

The Complaints in Context report shows the number of TIO complaints received per telco as a proportion of that telco’s services in operation giving each networks figure per 10,000 users.

Vodafone may have the highest but it has seen a 23% reduction in the umber of complaints, while Telstra's complaints are flat compared with last year showing no improvement.

Telstra, Optus, Vodafone, iiNet and Amaysim all participated in the report by choice.

“The report puts TIO complaint numbers in the context of each telco’s customer base, making the performance of individual telcos and the industry itself more transparent,” ombudsman Simon Cohen said.

Communications Alliance and TIO plan to release the report every quarter.