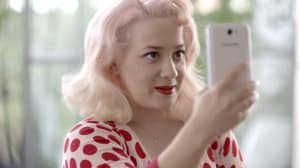 Vodafone will bundle Spotify Premium in an offering that capitalises on its recent and substantial 4G network investment.

Spotify Premium, the ad-free version normally worth $11.99 per month, will be offered to Vodafone subscribers as part of  monthly and pre-paid network subscriptions.

Vodafone has invested heavily in its 4G network and in July claimed that 95% of Australia's metropolitan population will have access via its low-band 850MHz spectrum by the end of the year. Some reports have suggested that this penetration rate is somewhat higher than the second market leader, Optus.

“Our partnership with Spotify really brings our 4G network to life. With our great value plans and generous data allowances, our customers will be able to make the most of Spotify Premium, which offers the ability to stream, find, and share music, on demand, on any device, completely ad-free,” says Vodafone’s general manager of postpaid Stephen Smyth.

Spotify said the partnership is not strictly limited to the bundling of the Premium package and that more initiatives are expected to be announced in coming weeks. It could include packages where customers can stream Spotify without using up data allowances.

Spotify struck a similar deal with the third largest mobile carrier in the US, Sprint, in April. Customers in that instance were offered up to six months free Premium access and a discounted rate as part of family bundle deals. Meanwhile Beats signed on with AT&T in the US for a similar offering at the start of this year. Orange and T-Mobile in the UK have also entered into similar arrangements with French-owned streaming platform Deezer.