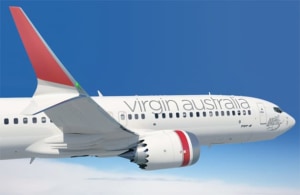 The creative pitch is down from four agencies, which included Clemenger Sydney.

Clemenger Sydney was working on the account up until last year when the airline began taking its creative in-house in an attempt to cut agency budgets and save $300million by 2019.

Michael Dole has been heading up the internal creative team, thought to be assisted by Joy founder Graeme Wills. Wills recently left Joy. While it's unclear as to why he departed, AdNews understands he is working with Virgin Australia.

It is unclear how the internal team will be impacted when a new agency is selected.

Virgin Australia and all agencies mentioned in this story declined to comment.

Carat is Virgin Australia's media agency of record and while rumours swirled about a possible media review, this is not thought to be in action and remains firmly with Carat.

Last year Carat was forced to apologise to its client Virgin Australia after a Twitter gaff which saw a member of agency staff accidentally tweet that Kanye West was a “douche”, from Virgin's account.