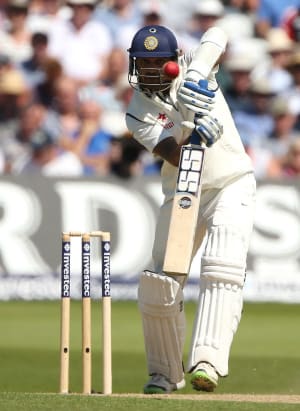 As the World Cup comes to a teutonic climax, ESPN, the US owned sports programming network, is launching a major Australian video streaming push in beta ahead of plans to seize control of the cricket market later this year.

ESPN has capitalised on the build-up to the soccer showpiece to cash in on its close links to the sport through tournaments such as the UEFA Cup, using it as a test bed for its next stage of growth.

But the bigger prize is looming as cricket and ESPN will be using the 800,000 registered users of its Footytips website as guinea pigs for the push.

The brand is largely seen as a channel on Foxtel specialising in American sports, but ESPN has built an enviable online audience in Australia, with Footytips the largest AFL/NRL footy tipping site and ESPN FC, which ahead of the World Cup had an audience that was 14 per cent bigger than the SBS soccer site.

It also has ESPNcricinfo with 1.5 to 2 million users in the cricket season and ESPN.com as the major American sports destination for Australians. At the same time it has developed a library of more than 10,000 short form video clips which it now wants to market under the brand ESPNView.

Lance Peatey, director of digital products and partnerships for ESPN Australia and New Zealand, said the video push was built off work ESPN had done with Twitter-owned video specialist SnappyTV.

“Our prime product is on TV on the Foxtel platform and we are in no way going to dilute that,” Peaty said. “What we want to do is bring immediacy to the rights that we do own (through ESPNView).”

Footytips users will have the site optimised so fans of a particular team will have video that relates to that team served to them and the July launch will stress test the system ahead of the finals series and ahead of the summer of cricket.

“The summer of cricket we are about to embark on is like nothing we have seen before,” he said. “The mothership has some massive plans around cricket. While we are not rights holders there are some pretty amazing plans coming around Cricket World Cup (in February).

“The reason why we have gone into a beta launch in July is that we really want to see it firing for the footy finals.”

This article first appeared in the 11 July 2014 edition of AdNews. To get the full magazine content including more news, analysis, profiles, Big Picture features and Special Reports, subscribe here or get it on iPad.