Vice set to sell another stake in bid for world domination 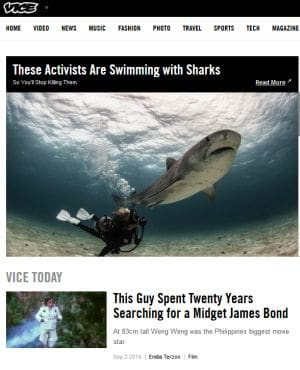 Vice continues its march towards mainstream news with another stake in the business due to be sold imminently, AdNews understands.

Last week it emerged that US cable company A&E Networks had agreed to take a 10% stake for $250m, valuing the company at US$2.5bn.

Sources close to the company have suggested that another stake is about to be sold to another major media company as Vice plans further expansion and services.

From humble beginnings in Quebec as a proto-hipster magazine 20 years ago (Vice's print product has a global circulation of around a million monthly copies), Vice is rapidly becoming a major force in media, with coverage, angles and audiences that major corporates are desperate to tap.

Ironically, those audiences return to the portal precisely because it takes the opposite approach to journalism than mainstream media, building a bottom-up approach to its increasingly news-driven coverage.

The company is hiring around the world and its content offering, including native or sponsored content, is helping to drive  soaring valuations.