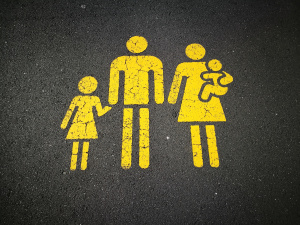 Attitudes about gender roles have deteriorated since COVID-19, according to the UN Women’s latest study,

The bi-annual global study, in partnership with Unstereotype Alliance, Johnson & Johnson, Kantar, Procter & Gamble and Unilever, examines perceptions across a multitude of areas including leadership and political participation, education, healthcare, the workplace, media representation, marriage and family life, safety and violence, and control over personal decisions.

The results of the survey were revealed during the 2022 Cannes Lions international festival of creativity, which has sharpened its focus on diversity, equity, and inclusion this year.

The findings aim to provide an evidence-based tool for decision-makers, advertisers and media owners to effectively address harmful gender stereotypes and the threats they pose to progress in their societies.

The survey of more than 20,000 men and women in 20 countries did show some areas of improvement but that  discriminatory social norms continue to stifle progress.

Across the study’s themes, attitudes towards gender equality vary vastly among the 20 countries.

Overall, most respondents agree that gender equality in all areas is essential to their countries’ success (91%), yet attitudes towards domestic violence have slipped backwards and young men now hold some of the most regressive attitudes.

Data from the survey also reflected the disproportionate impact of COVID-19 on the lives of women and girls in perceptions about gender roles, reinforcing trends of unpaid care responsibilities, gender pay gaps, and job segregation identified in other UN Women research.

COVID-19 has set back attitudes towards domestic violence. 19% of all respondents believe that there are acceptable circumstances for someone to hit their spouse or partner—an increase of 2 percentage-points compared to 2018, most notably in India, Sweden and the United States.

Prevailing attitudes hamper progress for women in business and leadership positions. While 9 in 10 agree that equal pay for equal work is important to their country’s future success, 52% of men aged 16-19 and 54% of men aged 20-34, agree that ‘women should work less and devote more time to caring for their family.’ 44% of all respondents agree that it is easy for women to be hired as skilled workers, while 57% believe that the same is true for men—a gender gap of 13 percentage points.

In times of hardship, gender attitudes and beliefs that drive people’s decisions can lead to reversals in the hard won gains in gender equality. A surprising 25% of respondents agree that in times of food shortages, priority should be given to men, and 31% of respondents agree that when jobs are scarce, men should have more right to a job than women.

Aline Santos, chief brand officer & chief diversity & inclusion officer, Unilever, said: “For those of us that work in ED&I we know that the work is never done, and the study results reflect this.

“Whilst over half of ads are now rated as progressive and marketers are confident in creating unstereotypical advertising, we are still at the halfway mark.

“The primary ingredient for progress is optimism - we must continue creating advertising that drives humanity forward and is a force for positive change.”

Sima Bahous, under-secretary-general of the United Nations and executive director of UN Women, said: “The study findings reiterate the urgency of addressing the social norms holding back women and girls - showing exactly why social norms are at the heart of our strategic plan for gender equality.”