UM named as top agency to work in Australia, and one of best places full stop 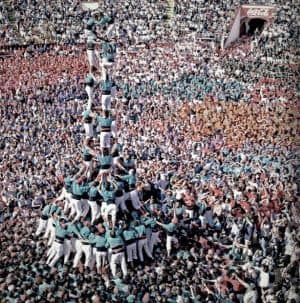 UM is edging towards the top of the list when it comes to the best places to work in Australia.

A perennial on the BRW list, the Mediabrands agency has this year placed fourth in the best places to work in the country. GroupM owned rivals were also recognised as some of the best workplaces. Maxus placed fourth in the small business category (under 100 staff). MediaCom and Mindshare also ranked well in the large company category, as did Omnicom-owned OMD.

Last year UM came in at 11th spot and when discussing the jump to fourth on the list UM Boss, Mat Baxter told AdNews, "It's not rocket science but it's just about doing little things that make a big impact to the agency and the culture of the business," Baxter said.

Baxter has copped flak in the past for sugesting that long hours came with the turf. But he said that having staff work hard doesn't neccessitate running a sweat shop.

“Good businesses that want to be successful will always have periods where the company has to work hard together to achieve its objective,” Baxter said.

“People enjoy working here. It's not a grudge job. They see their effort as an opportunity to progress themselves – you will always have to work hard to succeed in life and sometimes that involves working outside business hours. I'm not advocating you do that all the time, but I'm also acknowledging we're in a service industry,” he said.

MediaCom and Mindshare were rated as the 15th and 17th best places to work, while Maxus ranked fourth in the top small businesses to work.

MediaCom boss Mark Pejic was delighted with the result.

"We are so pleased to see our efforts recognised through a huge achievement of 15th place in BRW’s study," he said. "Our people are pivotal in MediaCom’s success and we are thrilled that this achievement is a reflection of how they feel about working at MediaCom in comparison to other businesses."

OMD was rated 21st best place to work in the country, while independent agency Match ranked at number 20 in the small business list.

“To be ranked in the top 50 great places to work in Australia for six consecutive years is no small achievement, it is also no accident," said OMD boss Peter Horgan. "We were the first media communications agency to be ranked in the listing by some margin, and our people mission to be ‘The best place to work, and the place doing the best work’ remains as relevant to us today as it was six years ago."

Other businesses crossing into the advertising and marketing industries on the list include Salesforce, Adobe, PayPal and Amobee.