Two month boon for adland as election spend gears up 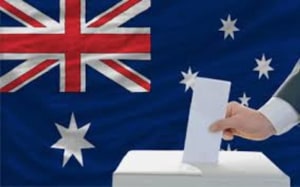 It has already begun. The Coalition has been taking advantage of its position in power by ramping up government advertising campaigns in a bid to lure voters, as the country heads towards an election on July 2.

The Australian Government Campaign Expenditure report, from July 1 2014 to June 30 2015, shows that the Coalition spent $107.1 million was spent on all campaign advertising media during the reporting period: $31.3m on defence recruitment; $6.1m on higher education reforms; $9.2m on Medibank IPO; $6.9m on ICE awareness; $8.7m on anti-smoking and $21m on its Intergenerational report. The Coalition spent $106.5m in the previous 2013-2014 year.

During the 2013 election, the Liberal Party spent 67% more on advertising than the Australian Labor Party over the five week period before the polls.

The Liberals spent $6.75m on TV, radio and press ads compared with Labor’s $4.04m spend over the campaign period. The Liberals also increased TV spend by 15% compared with the 2010 election, while Labor halved its TV activity.

In the last three weeks of 2013’s campaigning period, 1031 advertisements were placed by the Liberals compared to Labor's 912, according to monitoring firm Ebiquity. Together the two parties accounted for almost 54% of total election advertisements.

Unlike Labor and Liberals, the Greens do not take corporate donations. Consequently, the party is largely unable to access conventional, and more often expensive tactics, to market their policies to voters. For example, it does not keep an ad agency on retainer, instead organising all planning, booking and creative in-house.

Neither Labor nor the Liberals would be drawn on who is handling creative and media booking for their campaigns. Sources have told AdNews that it is largely seen to in-house, but this is yet to be confirmed.