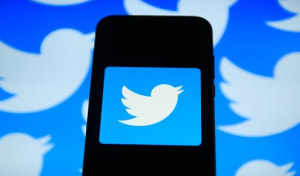 Advertising revenue surged at Twitter in the second quarter, growing by 21% to $US727 million compared to the same three months last year..

Overall revenue for the social media platform was $US841 million, an increase of 18% and ahead of guidance of $US770 million to $US830 million.

This was mainly due to strength in US advertising.

Profit was better than expected with operating income of $US76 million. Net income was $US1.1 billion. Average daily active users rose 14% to 139 million.

Twitter's share price surged on the results, closing almost 9% higher at $US41.52.

eMarketer senior analyst Jasmine Enberg says Twitter’s value proposition to advertisers is not the size of its audience but the engagement of its users.

“The strong growth in monetisable daily active users shows that Twitter users are sticking with the platform, and that should resonate with advertisers,” says Enberg.

“Next quarter’s earnings will show whether Twitter can keep up the growth momentum amidst negative user feedback over the website redesign rolled out in July."

eMarketer estimates Twitter's worldwide total ad revenue will reach $US2.97 billion in 2019. Its share of total worldwide digital ad spending will remain at 0.9%.

"Twitter's worldwide user base will grow by 3.5% this year to 283.1 million people," says eMarketer. "While its user base will continue to grow over the next several years, eMarketer expects its share of worldwide social network users to drop slightly from 9.6% in 2019 to 9.0% in 2023."